Bevan and Simm were joined by representatives of both Honda UK and Shropshire-based dealership, JT Hughes Honda when they collected their cars at the home of British Gymnastics, Lilleshall National Sports Centre in Newport. Both athletes received a 1.6-litre diesel engine Honda Civic which is renowned not only for its low CO2 emissions, high specification and sporty looks, but also for its various safety features, a hugely important factor for professional athletes travelling long distances for both training and competitions. 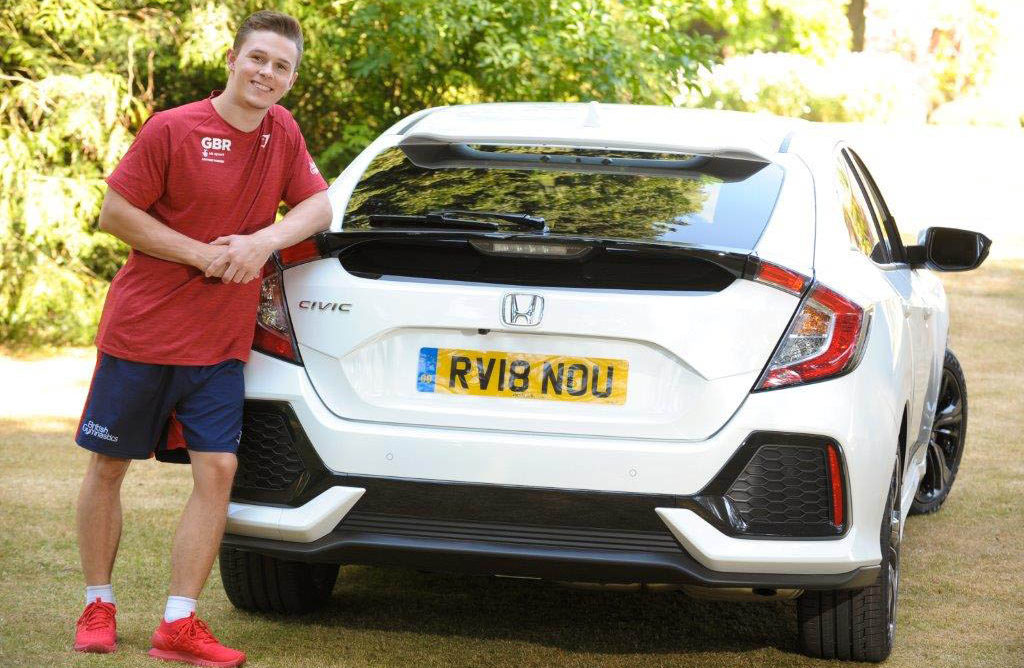 Providing the gymnastics stars with the new Civics comes after Honda UK once again retained a three-year contract to be the team’s sole supplier of fleet cars, having held the contract for the previous nine years via JT Hughes Honda. The sole supply contract will see Honda UK supply affiliated staff members with approximately 45 cars over the coming year, supporting them in their endeavours to continue the success of the team following recent medal hauls at both the World Championships and the Commonwealth Games.

Dave Lythgoe, major account manager at Honda UK, said: “We’re extremely proud of our relationship with British Gymnastics as it enters its ninth year. It’s a huge honour for us to be associated with the success that the team is currently enjoying and to support it in some way. We are already looking forward to Qatar and the World Championships next year and hope we can continue to support the team both in and out of the gym in the run up to and during this event.”

Nigel Hill, commercial director at British Gymnastics, commented: “The support we continue to receive from Honda UK is fantastic. Both Brinn and Kelly are hugely excited to drive the brand new cars and they continue to be invaluable in getting them to their various engagements safely. We’re looking forward to building this relationship further and continuing to enjoy its benefits going forward.”