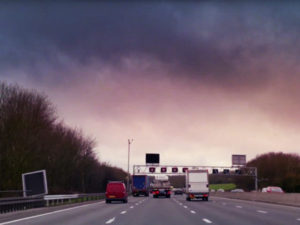 So say environmental lawyers at ClientEarth as they warn that Highways England’s failure to commit to measures to tackle air pollution on its roads is unlawful.

According to the firm, the Government has told local authorities that their plans to reduce pollution do not need to include Highways England maintained roads in their areas. Currently, only a fraction of roads managed by the company are assessed for pollution but of those that are, the latest figures show that more than a third have illegal levels of nitrogen dioxide (NO2), with some more than 1.5 times over the limit, ClientEarth says.

In response, ClientEarth has written to the Government, saying: “Whilst successive government plans have alluded to work being done to identify solutions, neither central government nor Highways England have yet set out what measures they are committed to put in place, or when they will take effect, in order to tackle the problem in the shortest possible time. Over eight years after legal limits came into force, a legally compliant plan to address continued exceedances on the [Strategic Road Network] is still lacking.”

It concludes by calling for ministers to direct Highways England to produce a legally compliant plan with concrete, time-bound proposals as soon as possible.