Motorists are being warned of the possibility of higher fuel prices in the short and long term following yesterday’s decision by OPEC to cut supply for the first time in eight years. 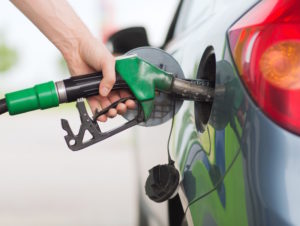 The oil cartel agreed a production cut of 1.2 million barrels per day to 32.5 million, leading to a surge in oil prices.

In response, the RAC said the future for fuel prices looks less certain.

RAC fuel spokesman Simon Williams said: “The oil price will react in the coming days and weeks, likely pushing pump prices up in the short term, but it is what happens into 2017 that will be most important in determining if the days of relatively low price of fuel that drivers have benefited from this year are coming to an end.

“Then there is another important consideration when it comes to the price of oil – OPEC represents many of the biggest oil producing nations, but not all so what the United States does in terms of production can affect oil prices. It remains to be seen if the United States will respond by increasing yet more oil from fracking which was not profitable when the oil price was lower.

“Drivers should also remember that while the oil price is the biggest variable impacting UK pump prices, it’s not the only variable. The sterling/dollar exchange rate is also crucial – as oil is traded in dollars a weaker pound, like we’ve seen since the EU vote, can have the effect of pushing prices in the UK up. A stronger pound can have the reverse effect.”

He added: “At least the continued fuel duty freeze, announced in the Chancellor’s Autumn Statement last week, means that tax on fuel isn’t about to rise.”