Heathrow to introduce charging ULEZ in 2022

Hot on the heals of London’s recent ULEZ introduction, Heathrow has said it will introduce similar measures at the airport in a bid to curb emissions and reduce congestion. 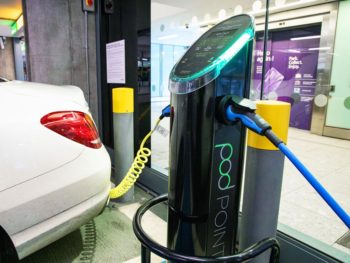 The news comes in the wake of similar plans from up and down the country, and despite Coventry claiming that a charging Clean Air Zone won’t reduce emissions any quicker.

Vehicles entering car parks or drop-off areas at any of Heathrow’s terminals, 24/7, will be required to meet the same criteria as the London ULEZ – Euro 4 petrols and Euro 6 diesels – else the charge will be between a proposed £10-15, in line with charges set by the Mayor of London. The funds made are said to be destined toward improving sustainable transport and help keep airport charges affordable as the airport expands.

Following the initial ULEZ and the opening of the new runway in 2026, as well as improvements to public transport access to the airport – including trebling rail capacity by 2040 and introducing the Elizabeth Line, an upgraded Piccadilly Line and new rail links to the West and South – the Heathrow ULEZ will transition to a vehicle access charge (VAC) including all cars, taxis and private hire vehicles coming to car parks or drop-off areas.

Heathrow chief executive John Holland-Kaye said: “Heathrow Expansion is not a choice between the economy and the environment – we must deliver for both. [The] announcement shows that we will take the tough decisions to ensure that the airport grows responsibly.”

Former London deputy mayor for transport and newly appointed chair of independent Heathrow Transport Area Forum, Val Shawcross, said: “This is a significant step change in Heathrow’s effort to clean up local ground level air pollution by shifting people into the cleanest modes of transport. I have never pulled my punches talking to the airport about local air quality and I look forward to continuing to hold Heathrow to account in my new independent role as Chair of the Heathrow Area Transport Forum.”

The public will be given the opportunity to comment on proposals at Heathrow’s statutory consultation that will be launched on 18 June.

Exact details for the Heathrow ULEZ will be confirmed when Heathrow submits its final DCO application for expansion after public consultation.