The Government is being urged to take immediate action by switching to road pricing to counter a £28bn fall in fuel duties from the switch to EVs. 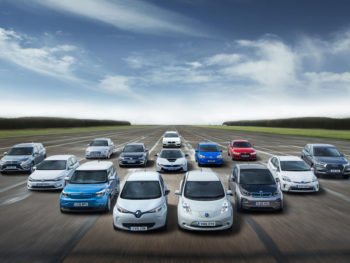 So says the Institute for Fiscal Studies (IFS) as it warns that revenue from fuel duties has already fallen by £19bn, or nearly 1% of national income, since 2000, and adds that the window of opportunity to address this is closing fast.

Currently, revenue from fuel duties stands at £28bn a year, which is 1.3% of national income, but it peaked at 2.2% of national income in 1999-2000, which would have given an extra £19bn a year currently had it remained at that level. The rumoured move by the Prime Minister to cut fuel duty by 2p per litre in the upcoming Budget would cost a further £1bn a year in lost revenue.

The ultimate nail in the coffin is the Government’s Road to Zero plans, currently set to eliminate new diesel and diesel car sales from 2040 ahead of the commitment to reach net zero by 2050. However, this could be solved by turning to per-mile road user charging, which should also reflect when and where journeys take place, according to the IFS in its new Green Budget, funded by the Nuffield Foundation and Citi. Those driving in busy places would pay more, but the majority of journeys would be taxed less heavily than at present. Failing that – or providing a stepping stone – there is a case for introducing a flat rate tax per mile driven to supplement reduced revenue from fuel duties and help correct for the social costs of driving

The IFS adds that there is an advantage in acting quickly: it will be much harder politically to introduce such taxes only after revenue from fuel duties has fallen much further and many people are driving hybrid or electric cars in the expectation of paying little tax on them.

It also says that the only justification for retaining the annual vehicle excise duty (VED) on car ownership is if the Government rules out using fuel duties to raise revenue in its place. Similarly, company car tax should not be linked to emissions if the Government can set fuel taxes and the VED ‘showroom tax’ appropriately.

Rebekah Stroud, co-author of the report and a research economist at the IFS, said: “Cuts to fuel duties over the last two decades have contributed towards revenues’ being £19 billion a year lower than they would have been. Another 2p cut, as reportedly mooted by the Prime Minister, would cost a further £1 billion a year. The bigger challenge is that revenues are now set to disappear entirely over coming decades as we transition to electric cars. The government should set out its long-term plan for taxing driving, before it finds itself with virtually no revenues from driving and no way to correct for the costs – most importantly congestion – that driving imposes on others.”

The IFS report is the latest to suggest that road pricing must go-ahead, despite it being a hot potato explored and dropped by a number of governments, due to negative reactions from drivers and concerns over invasions over civil liberties. Earlier this year at the ICFM conference, Harvey Perkins, director of fleet consultancy firm HRUX, warned that we will see some form of UK-wide road charging if fuel duty and VED revenues do decline.

And earlier this year think-tank Centre for London called for the capital to switch to a single road user charging system, which would charge drivers on a per-mile basis with charges varying by vehicle emissions, local levels of congestion and pollution and availability of public transport alternatives. It would also be integrated with London’s wider transport system via a new app and digital platform that would open up mobility options.

Commenting on the IFS report, Ian Johnston, CEO of Engenie, said: “If the Government is serious about achieving net zero emissions by 2050, it needs bold policies that create an attractive trading environment for zero emissions vehicles over traditional internal combustion engines. Rather than introducing a road pricing scheme that applies to all motorists, it needs to – in the short term at least – consider increasing fuel duty. Disincentivising drivers to switch to EVs risks our Paris Agreement commitments.”

Previous: Today in Fleet – Friday 4 October
Next: Appyway and Liftshare to bring car sharing and smart parking to fleets