New technologies that will transform electric vehicle charging – including wireless systems – are to be developed in the UK with the help of government funding. 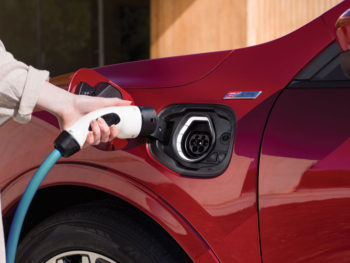 Companies awarded funding include Urban Foresight, a smart city consultancy, which is to get more than £3m to roll out ‘pop-up’ chargers in Dundee and Plymouth, while electric charging firm Char.gy has been allocated more than £2.3m to develop deploy wireless charging technology on residential streets in Milton Keynes, the London Borough of Redbridge and Buckinghamshire County.

Meanwhile Sprint Power, a new British technology company specialising in the innovation of electric propulsion, has been awarded £2.4m to develop wireless charging platforms for electric vehicles. As part of a successful consortium awarded a total of £4.6m, Sprint Power will be charged with demonstrating the suitability of wireless charging technology in light commercial vehicles.

Other projects will see carparks get chargepoints to allow for mass charging at night while the DfT is also exploring a project that will deliver semi-rapid charging using a low power grid connection to help bypass the need for substation upgrades.

The Government funding has been welcomed by the BVRLA as the association marks the anniversary of its own zero-emission vehicle initiative, the BVRLA Plug-in-Pledge. This committed the vehicle leasing, rental and car club industry to making 300,000 plug-in vehicle registrations per year in 2025, increasing its fleet to 720,000 plug-in vehicles by this date.

BVRLA director of external relations Toby Poston said: “We are pleased to report that we are on track, with growth of 40% taking the combined fleet to 70,000 plug-in vehicles by the end of 2018.”

However, Poston also urged for greater government support for plug-in vehicles, as highlighted in the BVRLA’s recent Road to Zero Report Card, which shows key areas in which the Government’s Road to Zero Strategy is failing to meet targets. This includes taxation, charge point infrastructure and vehicle supply, which are hampering fleets’ effort to go greener.

And as well as calling for more funding and support to eliminate the UK’s rapid public charge point ‘blackspots’, the Road to Zero Report Card highlights the need to mandate universal methods of access and payment. It also calls for clarity on future taxation and incentives.

“BVRLA members are currently responsible for around 35% of the UK’s plug-in electric vehicles, but this figure can be far greater with the right incentives and support for fleets,” continued Poston.