Ford Puma named Car of the Year at 2020 What Car? awards

The new Ford Puma has taken the top spot in the What Car? Car of the Year Awards, fending competition from models such as both the 3 and 5 Series and the Škoda Scala and Superb. 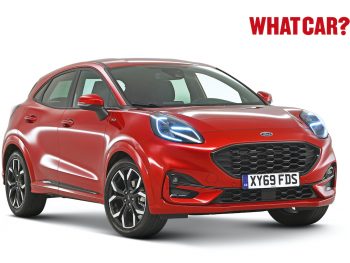 The winner of the Small SUV category, the Puma was praised by judges for being fun to drive, cleverly packaged and well-priced, while its 1.0 Ecoboost mild hybrid powertrain was found to be extremely economical in real-world tests.

Elsewhere in the awards, the Toyota Corolla took the Best Hybrid award while the BMW 3 Series won the Best Plug-in Hybrid accolade and was also the winner of the Best Executive Car and the Safety Award. It was nominated for the latter by Thatcham Research, based on its high scores in Euro NCAP impact testing and its Autonomous Emergency Braking system, which can detect other vehicles along with pedestrians and cyclists.

Meanwhile, Subaru’s ‘DriverFocus’ Driver Monitoring System took the Technology Award, again nominated by Thatcham; the system is regarded by Thatcham as a key enabler for the safe introduction of automated driving technology.

The new Land Rover Defender also scored a place in the 2020 What Car? accolades, taking the Reader Award title.

What Car? Car Of The Year Awards 2020 Winners List