Increased fleet volumes in October were met by strong buyer demand that saw sector values boosted, according to Manheim. 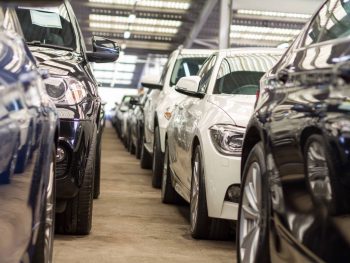 Volumes saw a return to growth in October

Howvever, October was a more challenging month in other areas of the automotive industry. In the latest dealer sentiment survey from Modix, Cox Automotive’s digital marketing arm, 55% of dealers reported that consumer demand was down YoY.

Philip Nothard, customer strategy and insight director at Cox Automotive, said: “Fleet volumes in the wholesale market have been fairly low over recent months, but October’s data suggests that green shoots are starting to show.

“Some of the additional volume will have come as a result of greater clarity on taxation. In addition, the challenging retail environment saw OEMs shift their focus to the fleet market.”

In terms of fuel type, electric vehicle prices continued to rise, with a 54% average price increase year-on-year. Nothard noted that the large swing was partly due to the relatively low volume of electric vehicles offered at auction but does indicate growing dealer confidence in selling electric vehicles.

Looking ahead, Nothard predicts that the CAFE legislation due to take effect in January 2020 will begin to affect the market.

He explained: “The CAFE legislation measures fleet emissions, and it’s likely that OEMs will be keen to offer favourable deals on higher-emission vehicles between now and the end of the year.

“On the other side of the coin, we may see OEMs hold back lower-emission vehicles until January, but hopefully 2020 will see improved availability of these popular vehicles.”