The UK new car market declined for a third consecutive month in June, with fleet as well as private registrations down, due to VED changes introduced in April as well as declining consumer confidence. 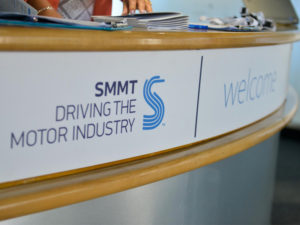 The figures from the Society of Motor Manufacturers and Traders (SMMT) show that 243,454 new units registered in June, down 4.8% on the figures of 255,766 for the same month last year.

The SMMT attributed the decline to a market adjustment following a record first quarter as well as the impact of the recent changes to Vehicle Excise Duty and said the market is now more in line with 2017 forecasts.

Mike Hawes, SMMT chief executive, said: “As forecast, demand for new cars has started to cool following five consecutive years of solid growth but the numbers are still strong and the first half of the year is the second biggest on record. Provided consumer and business confidence holds, we expect demand to remain at a similarly high level over the coming months.”

June also saw the market share for alternatively fuelled vehicles hit an all-time high for the second month as more than 10,700 hit the roads – up 29.0% – while petrol registrations rose by 2.5% and diesel fell 14.7%.

John Leech, head of automotive at KPMG UK, said of the latest figures reflect a cooling underlying market, adding: “The drop in sales signals the softening in consumer confidence that has been seen more widely in the economy this year, and is in part a reflection of a decline in household income and recent political uncertainty.

“Consumer thirst for PCP deals, however, has not yet been impacted by the recent negative press, but as these headwinds continue to impact the UK market we forecast a 5% decline in the new car market during the second half of 2017.”