Average values for fleet & lease reached record levels again at BCA in October 2018, as demand continued to drive up values. 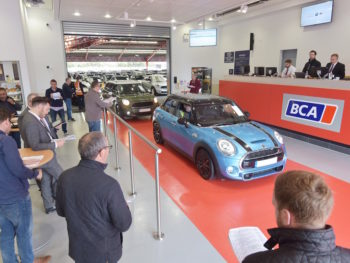 Published following recent conjecture that WLTP disruption to new car sales could benefit the used car market, the BCA figures show average fleet & lease values improved in October by £31 compared to the previous month, to reach £11,902 – the sixth time a new monthly record value has been achieved in 2018. The retained value against original MRP (Manufacturers Retail Price) was steady at 45.32%. Year-on-year values improved by £1,046 or 9.6% over the year, with age rising and mileage falling.

With the overall model mix shifting from September, the average month-on-month value for all used cars at BCA slipped by 1.0% (£98) during October 2018, driven mainly by a higher percentage of dealer part-exchange cars sold during the month. But October’s value of £9,783 was the third highest point recorded since Pulse began publishing and year-on-year values were ahead by £419, a 4.4% rise over the 12-month period.

Stuart Pearson, BCA COO UK remarketing, commented: “The used car sector remains a highly competitive environment with professional buyers bidding strongly across the range of stock on offer at BCA.  Even with the usual seasonal distraction of the half-term holidays towards the end of the month, values remained on a high with the best retail quality cars typically outperforming guide expectations by a significant amount.”

He added: “As we approach the end of 2018, many dealers are starting to focus on building stock levels in readiness for the typically busy first quarter of the New Year.”