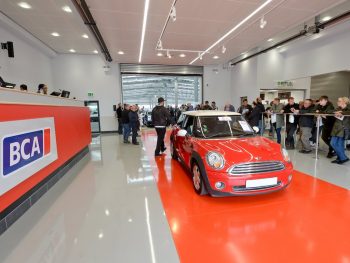 Fleet and lease values averaged £12,113 at BCA in October 2019; the second highest average value on record for fleet stock

Fleet stock was up 1.8% (£211) year-on-year despite increases in both average and mileage, with the average value of £12,113 marking the second highest on record for the sector. The retained value against original MRP (Manufacturers Retail Price) averaged 42.8%, down by 2.5 percentage points, year-on-year.

Stuart Pearson, BCA COO UK remarketing, commented: “At a time when rising inventory from the September plate-change, along with a spread of October half-term holidays can impact the supply and demand balance, the used car sector remained resilient across all of BCA’s channel offerings.”

He added: “Demand is currently very good for this time of year and prices are more stable than traditionally seen as we approach the Christmas period.”

Previous: UK car transactions to remain above 10 million in 2019, says Cox Auto
Next: Measures to tackle e-mobility and smart mobility to be spotlighted at Great British Fleet Event