By Contributor / 6 years ago / Road Tests / No Comments 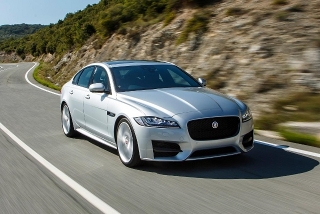 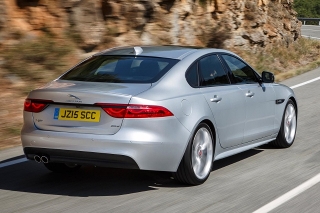 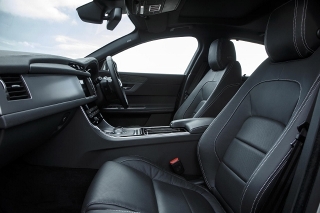 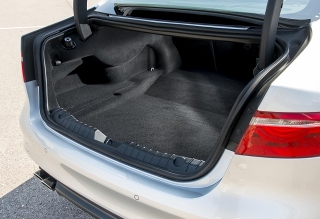 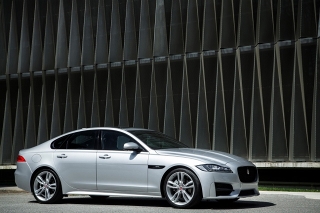 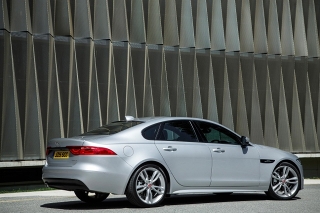 Uncompetitive CO2 emissions from the outgoing Jaguar XF did not help fleet sales. The 2.2-litre four-cylinder diesel was an afterthought; aimed at making it more fleet-friendly for a car bought mostly by retail buyers, but its rivals offered lower CO2 emissions and the XF struggled to make an impression in fleet circles against its Audi A6, Mercedes E-Class and BMW 5 Series competitors.

Jaguar hopes this is about to change with the new model, now going on sale. It's shorter (-7mm) and lower (-3mm) on the outside, but a longer wheelbase (+51mm) and attention to detail offers more head (+27mm) and rear seat legroom (+15mm), with knee room in the back a generous 24mm more than its predecessor.

Jaguar Land Rover’s new 2.0-litre Ingenium diesel is available from the start, initially in 163bhp and 180bhp forms, but with more power to come. There will also be variants of the Ingenium petrol engine based on the same architecture, but these are not available yet. The XF’s XE sibling suggests that there will be around 200bhp on tap from the 2.0-litre petrol engine when it appears behind the XF snout. As befits a car aimed at competing with its premium rivals, more powerful 380bhp 3.0-litre supercharged V6 petrol and 3.0-litre 300bhp Diesel engines are available. The supercharged V6 is shared with the F-type sports car and XE, but take-up is likely to be small in fleet circles. The V6 diesel is based on the same engine that also powered its predecessor, but with 25bhp more and torque rising to 700Nm.

Jaguar’s mostly aluminium construction (75%), partly using recycled material, cuts the weight of 2.0-litre diesel manual models by 190kg compared with its predecessor. This and an aerodynamic drag factor of 0.26 help to bring emissions for the same 163bhp manual diesel down to 104g/km with combined fuel consumption of 4.0l/100km. These figures alone should be enough for many fleets that would not have looked at the XF before to consider it as an option. That steps up to 114g/km CO2 for the 180bhp version and 65.7mpg. CO2 emissions for the 380bhp supercharged V6 petrol are 198g/km with combined consumption 34.0mpg. Comparable figures for the 300hp V6 diesel are 144g/km CO2 and 51.4mpg combined.

Inside, Jaguar offers a 10.2-inch touchscreen in the centre of the dashboard and a 12.3-inch virtual instrument cluster. In Jaguar language, this is called InControl Touch Pro. It’s hard to tell the instruments are all virtual. All control is from the screen which features gesture commands as on a tablet computer. There’s a 60GB solid-state drive to give rapid access to navigation and other apps. The virtual instrument cluster is configurable to suite the driver and the graphics give excellent definition. It’s easy to forget that these are not real instruments. There’s much more too including LED headlamps and electric power steering.

The Ingenium diesel has the refinement that the 2.2-litre diesel lacked with good performance to match. It makes the XF a worthy competitor to its German rivals. The V6 diesel is a model of refinement and performance whose effortless torque makes it preferable to the supercharged petrol engine. Sweet though the supercharged petrol engine is, the big diesel is better suited to the long distance touring aspirations of the XF and few V6 petrol models are going to find their way into fleet hands.

And the chassis has impeccable behaviour, offering a fine ride/handling compromise. The launch in Spain took in motorways, twisty mountain roads and even a few hours on a race track. Nothing seemed to upset the car’s balance, impressive ride comfort or equally impressive handling.

The new XF impresses with the competitive, fleet-friendly and refined 2.0-litre diesels and silky smooth V6 engines. The refined chassis, spacious interior and quality offer a genuine alternative to German rivals. And it’s CO2 competitive this time too. The new design may be too subtle for some, but we echo designer Ian Callum’s words, “It’s a grown up sophisticated sports car.”