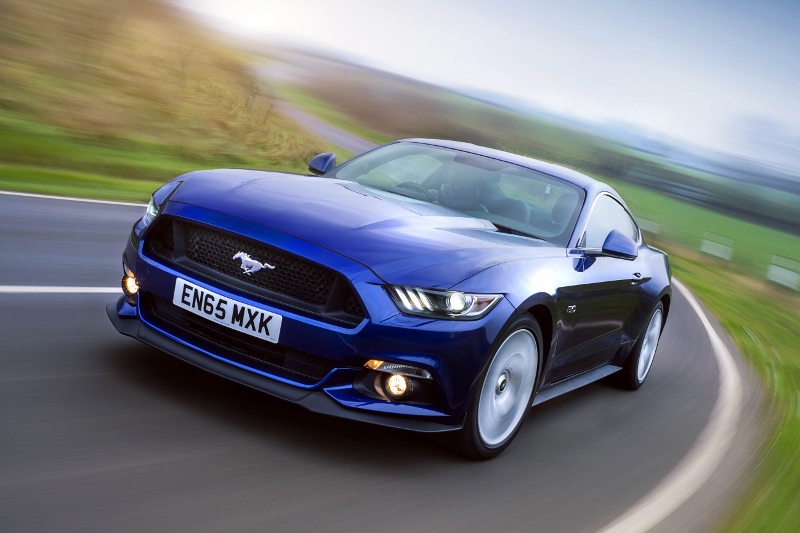 Conceived as an affordable everyday performance car for 1960s America, the Mustang’s enduring appeal has made it as iconic a part of Ford’s history as the game-changing Model T. Now, as a strange offshoot of the ‘One Ford’ strategy which is placing Americans in Fiestas, it’s beginning its 52nd year on sale by launching in Europe.

This isn’t a small-volume import programme. The sixth generation was developed with European tastes in mind – it’s stiffer, has modern suspension tuned for our roads, better brakes and cooling for high speeds and it’s finally available in right-hand drive. Ford is hoping SME owners could prick up their ears.

Fuel consumption isn’t likely to be deciding point, but it’s also the first Mustang with a four-cylinder engine. The 2.3-litre EcoBoost is similar to the Focus RS, eagerly delivering a revvy 312bhp with an enhanced, but addictive, exhaust snarl. It’s a good fit, and all the performance you’ll need.

However, the lure of the 410bhp 5.0-litre V8 is hard to resist. Two thirds of UK buyers have been seduced by its seemingly limitless torque, 62mph in 4.8 seconds from rest and that unmistakeable burble. While the 2.3-litre looks good value, the V8’s £34,995 start price makes German and Japanese super-coupes seem extortionate.

It also doesn’t feel like a lightly retuned American car. The ride is firm, but settled enough for laid-back cruising, the steering is direct and it doesn’t feel unwieldy on narrow, winding roads. It’s a little plasticky inside, and navigation is a £795 option, but neither are deal-breakers.

So the Mustang feels like a true ‘world car’, as Europe-ready as the Capri, with unrivalled on-road presence and value, particularly with the V8. Five litres is the right option if you can afford the fuel, but you won’t feel short-changed by either engine.