Fleet and leasing companies are turning their attention to sourcing nearly new cars, exacerbating the existing challenges for the used car market. 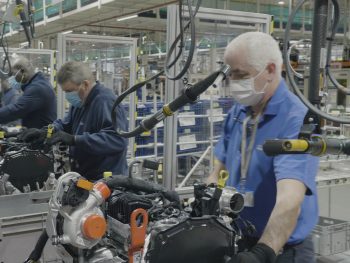 Cox says the shortages in materials to build new cars could be far more damaging for manufacturers, suppliers and dealers than the entire effects of the pandemic

That’s according to Cox Automotive, which says the current semiconductor shortage hitting the new car and van market is having a wave of repercussions for the used car sector.

As a result of the supply issues, Cox says that fleet and leasing companies have been prompted to turn their attention to sourcing nearly new cars.

And this is having a knock-on effect on the already strained used car market and rental sectors, driving prices, mileage and ages higher at auction.

Cox is also warning of a challenging second half to 2021 that is likely to see further stock shortages, higher prices and even greater competition for vehicles.

According to the firm, semiconductor shortages and subsequent aluminium and rubber supply chain constraints are likely to impact the third and fourth quarter sectors – and it says the shortages in materials to build new cars could be far more damaging for manufacturers, suppliers and dealers than the entire effects of the pandemic.

Philip Nothard, Cox’s insight and strategy director, commented: “Manufacturers may be forced to decide between building cars or LCVs, and which market they support as they focus on profitability and maximum production.”

And the issue is also starting to hit fleets hard too. As reported last week by FleetCheck, operators are facing “worst-ever” vehicle delays – and delivery times of up to a year are becoming common due to the supply challenges.

Speaking last month, the Association of Fleet Professionals (AFP) warned operators to start planning ahead for potential disruption to new vehicle supplies by taking a number of actions.

Denise Lane, director at the AFP, said the first task for most fleets would be to ask manufacturers and leasing companies about how existing deliveries and future lead times were likely to be affected.

“Job one for fleet managers is to get a clear picture of the situation so that they can formulate a plan,” she said: “There are a number of options – for example, if a car or van they have ordered will be slow to arrive, they can continue to operate their existing vehicles for longer or potentially look at alternative models.”

She added: “Where vehicles are required to fulfil a new need, then short- or medium-term hire may be the best option, although it could be that daily rental companies themselves could come under pressure, both in terms of getting hold of planned vehicle supply and meeting increased demand as a consequence of the semiconductor shortage.”