Fleets are being urged to start planning ahead for potential disruption to new vehicle supplies as the global semiconductor shortage worsens. 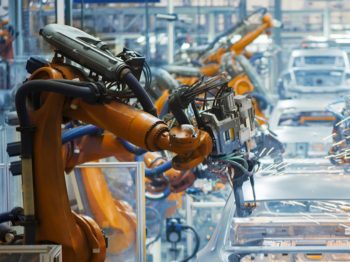 Some manufacturers have sent out messages to fleets listing which models are likely to be in reduced supply, according to the AFP

While it’s been an issue since the start of the year, the shortage is now really starting to affect car and van production materially.

Recent days have seen Ford, Jaguar Land Rover, Stellantis, Peugeot and Volkswagen either announce temporary factory closures or state that vehicle deliveries will be delayed – potentially impacting some of the fleet sector’s most popular models.

Already, some manufacturers have sent out messages to fleets listing which models are likely to be in reduced supply, according to the AFP.

Denise Lane, director at the AFP, said the first task for most fleets would be to ask manufacturers and leasing companies about how existing deliveries and future lead times were likely to be affected.

“Job one for fleet managers is to get a clear picture of the situation so that they can formulate a plan. There are a number of options – for example, if a car or van they have ordered will be slow to arrive, they can continue to operate their existing vehicles for longer or potentially look at alternative models.”

She added: “Where vehicles are required to fulfil a new need, then short- or medium-term hire may be the best option, although it could be that daily rental companies themselves could come under pressure, both in terms of getting hold of planned vehicle supply and meeting increased demand as a consequence of the semiconductor shortage.”

And Lane also called for the auto sector to keep fleets in the loop.

“What is most important, we believe, is for manufacturers and others in the manufacturing supply chain to continue to provide updated and accurate information. Fleets should be able to resolve most of the problems created by this situation but clarity is needed so they know exactly what problems they are likely to face,” she stated.