Fiat Chrysler Automobiles (FCA) is developing a suite of services to support its forthcoming plug-in hybrid and electric vehicles, while aiming to offer fleets total cost of ownership parity with petrol or diesel models. 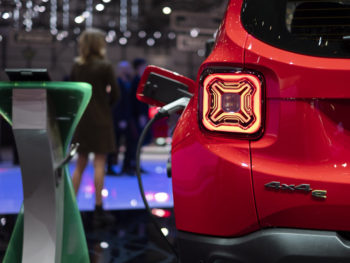 The company announced last year that it is investing €9bn (£7.7bn) to introduce 30 new electric or hybrid models by 2022. Diesel will be phased out in the meantime due to a “harsh regulatory environment” over emissions, it said.

Diesel’s popularity is already waning, including among FCA customers. Alessandro Grosso, FCA’s head of fleet and business sales for the EMEA region, said its overall share had fallen from 60% to 35% during the last seven years, but it still accounts for half of ‘true fleet’ registrations in the region because whole-life costs are still in its favour for high-mileage users.

“Petrol is increasing but you can’t use it for corporate fleets, because the TCO is not right,” he said. “This year, cutting costs for fleets will be a nightmare. If the fleet manager has to reduce cost then, for sure, the petrol or electric TCO is not there. They have to find a balance between an environmental statement and cost.”

In Europe, FCA will introduce plug-in hybrid drivetrains with the Jeep Compass and Renegade, both of which launch later this year – the technology is scalable and also earmarked for the larger Cherokee. Grosso said the Qashqai-sized Alfa Romeo Tonale SUV concept, unveiled at the Geneva Motor Show, offers a hint that the brand will soon enter one of Europe’s largest volume segments with a plug-in hybrid. An electric Fiat 500 is also under development.

However, he added, alternative drivetrains require additional support. Internally, FCA is targeting TCO parity (rather than pricing parity) between electric vehicles and their petrol or diesel counterparts, and that will be the focus of marketing activity. The company is also working with external suppliers, to develop associated mobility services for end-users – including, but not limited to, charging and vehicle-to-grid technology.

“If we can get the commercial offer the same as [combustion engines], then maybe we will be the winner in this arena. Electric vehicles are not enough without infrastructure; not of charging stations, but in terms of e-mobility. Without that, the customer will not accept the uncertainty. I can’t only sell electric vehicles, I have to sell the attached services.”

Previous: London fleet deploys Street Angel to protect drivers
Next: Mandatory car tech will save lives but education and confidence is key