Facelifted Evoque is most efficient production Land Rover yet 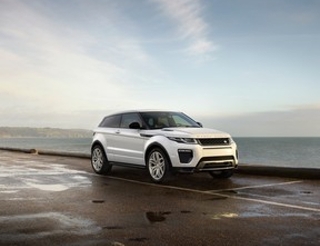 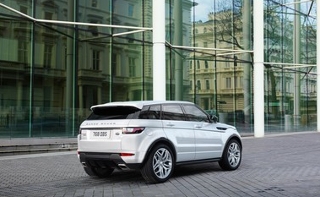 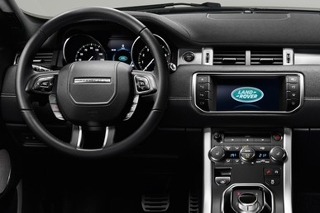 Along with updated design and more interior technology, the new model will be marked out as the most efficient production Land Rover ever thanks to the use of the carmaker’s latest four-cylinder Ingenium diesel engine.

Available in two states of tune – 148bhp and 178bhp – the new unit brings fuel economy of up to 68mpg and CO2 emissions as low as 109g/km in the 148bhp version – making it 18% more efficient than the original. Meanwhile the 178bhp unit offers 59mpg and CO2 emissions from 125g/km in all-wheel drive form.

As a result, the new Evoque will be the first Land Rover vehicle to be designated as an “E-Capability” variant. The most efficient models will wear a blue "Evoque" badge, applied to the eD4 109g/km (coupe) and 113g/km (five-door) front-wheel drive derivatives.

The 2016 model year Evoque is also offered with Land Rover's existing 237bhp Si4 petrol engine which brings combined fuel economy of 36mpg and CO2 emissions of 181g/km. This model offers acceleration from 0-0-62mph in 7.6 seconds and a top speed of 135mph.

Also of interest to fleets will be extended service intervals for the TD4 engine, which have been increased from 16,000 miles to 21,000 miles to reduce running costs on the new lightweight engines. Land Rover also promises sector-leading residual values and lower running costs with estimated savings of up to approx. £3,700 over three years.

Other new features include the introduction of Land Rover's All-Terrain Progress Control (ATPC), first seen on the Range Rover and Range Rover Sport.

The 2016 Evoque also brings updated design with a new front bumper, two new grille designs and three new alloy wheel designs – it's also the first Jaguar Land Rover to be offered with full-LED adaptive headlamps. A further new feature is a hands-free tailgate function, which is also compatible with a tow bar.

Interior changes include new seats and door casings, new infotainment system, accessed via an eight-inch touchscreen, and the introduction of new colour and materials.

Trim levels on the new model have been revised to match those of the Range Rover Sport and now bring a choice of SE, HSE Dynamic and Autobiography.

Additionally, the six-speaker stereo system can be upgraded to include SD-card based satellite navigation, with DAB radio featuring as standard across the range.

InControl Touch Plus, standard on HSE Dynamic and Autobiography, can also be specified, comprising HDD-based navigation, a rear-seat entertainment system complete with a pair of eight-inch video screens and wireless digital headphones, and an 11- or 17-speaker Meridian audio system.

New safety features include Lane-Keeping Assist, Autonomous Emergency Braking (AEB) and Attention Assist Estimation, which monitors steering inputs to detect when a driver is at risk of falling asleep at the wheel and sets of audible and visible alarms accordingly.

Specific pricing by market will be announced closer to launch but Land Rover added that indicative pricing for the 2016 model year over Evoque will be comparable with the current model.