All government-funded home chargepoints for electric vehicles will need to be ‘smart’ from July 2019 to help minimise the grid impact and keep customer charging costs down. 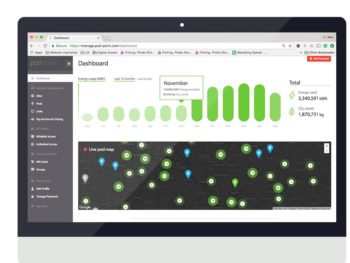 The announcement, made by the Government today (14 December), applies to chargepoints installed using the OLEV Grant, also known as the Electric Vehicle Homecharge Scheme (EVHS), which provides grant funding of up to 75% (capped at £500) towards the cost of installing electric vehicle chargepoints at domestic properties across the UK.

The move means that such chargepoints will need to be able to be remotely accessed, and capable of receiving, interpreting and reacting to a signal, from July 2019, and will help to reduce the impact of electric vehicles to the electricity system while keeping costs down for consumers by encouraging off-peak charging.

It follows a commitment in the Road to Zero Strategy published earlier this year that the Government would support the development of one of the best electric vehicle infrastructure networks in the world by taking powers through the Automated and Electric Vehicles Bill, including on ensuring that chargepoints are smart ready by giving government powers to set requirements prohibiting the sale or installation of chargepoints unless they meet certain requirements.

Alongside this the Government has also announced that it has maintained grants to install chargepoints at home and in the workplace at their current level of up to £500, in a move towards “making charging easier for consumers and ensuring that plug-in hybrids and battery electric vehicles can be used to their full potential”.

Jesse Norman, Roads Minister, said: “The Government wants the UK to be the best place in the world to build and own an electric vehicle, and through leadership and innovation it is paving the way to a zero emission future.

“We have already supported the installation of over 100,000 home chargepoints. Now the measures announced today will give more people the opportunity to make the move to electric.”

James McKemey, head of insights at Pod Point whose entire home charge range is already ‘smart’, welcomed the news, commenting: “Our data shows that the domestic chargepoints plugged in overnight are actively charging for approximately 25% of that time. They are inactive for the remaining 75%. These long, inactive periods demonstrate significant flexibility within the system. If you can tell when each driver is due to leave and how much charge they require, you could potentially fit 75% more charging onto the grid within the overnight period.

“Making use of this flexibility within the system to balance out the peaks from charging will enable the mass adoption of electric vehicles without the need to carry out significant and expensive reinforcement of distribution networks. Furthermore, by acting as a significant sink of energy storage, smart charging electric cars will also allow the UK to make better use of intermittent renewable energy; charging not only when demand is low, but also when supply is high.

“So in a number of ways the mandating of smart charging is actually an important step towards ensuring the UK meet its obligations for carbon emission reductions. And ultimately meeting our climate change obligations will be good news for all of us.”