Eight of 10 drivers admit to driving when very tired

Motorists are being warned that driving while tired can be as dangerous as speeding after new AA research highlighted alarming figures. 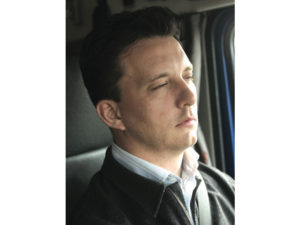 84% of drivers admitted that they have driven even though they said they were “very tired”.

The AA-Populus Driver Poll of over 17,500 drivers found eight out of ten drivers (84%) have driven even though they said they were very tired. A long, hard day at work was the most common reason for people driving while tired with two-fifths (39%) doing so.

The AA warned that while driver fatigue is difficult to prove as the sole cause of an accident, some studies suggest that up to 20% of all accidents can be attributed to sleep. According to RoSPA, these types of crashes are about 50% more likely to result in death or serious injury as they tend to be high-speed impacts because a driver who has fallen asleep cannot brake or swerve to avoid or reduce the impact.

In 2015 there were over 2,500 casualties where driver fatigue was indicated as the main contributory factor in a road traffic incident.

Edmund King, AA president, said: “If you find yourself feeling sleepy behind the wheel you should stop and rest in a safe place until you feel comfortable to drive again.

“Stopping for a coffee or a short nap could make all the difference between getting home to be safely tucked-up in bed or using your airbag as a pillow.”