Plans to double the penalties for drivers using hand-held mobile phones will be progressed by the Department for Transport along with other a number of other measures to take action on the issue. 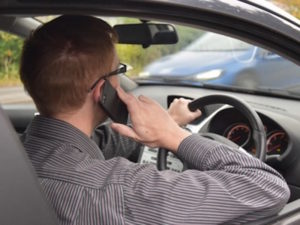 In a document released today (8 November) the DfT said it intends to lay legislation before Parliament as soon as possible to increase the fine from £100 to £200 and the penalty points from three to six for all drivers. This follows last week’s sentencing of a lorry driver who caused a crash that killed a mum and three children by looking at his mobile phone.

The plans, announced earlier this year, come in the wake of a consultation on hand-held mobile phone drivers that found clear support for change. Under the plans, the DFT would not differentiate between cars and HGVs, and drivers will face six penalty points regardless of vehicle type, despite 83% of respondents to the consultation saying they supported a specific offence for drivers for HGVs.

The DfT is also proposing that a remedial course is not offered to first-time offenders as an alternative to the FPN “in order to provide a strong deterrent and change behaviour”.

The move would mean that newly qualified drivers – who can only gain six points before being banned – could have their licences revoked if caught using their phone.

Drivers who are caught twice for the offence will automatically appear in court and face fines of up to £1,000 and at least a six-month driving ban.

In today’s publication, the DfT said it will work with the police, DVLA and the courts to implement the necessary changes to IT systems and will offer guidance and advice where required.

The DfT also acknowledged strong public concern on the issue and said it is “willing to work with industry on technology that would encourage better and safer behaviour and we want to take full advantage rapidly developing in-car technology and where it can support safe driving behaviour”. Earlier this year, research carried out by TRL for the RAC Foundation that fleet operators could play a major role in spearheading the use of a drive-safe mode on motorists’ smartphones to cut down on driver distraction.

The DfT also confirmed it will launch a THINK! campaign on the dangers of mobile phone use while driving to raise awareness of the changes.

And the DfT added that it is planning to conduct a roadside observational survey which monitors mobile phone use in follow up to the one previously held in 2014 to monitor the effectiveness of the changes. This will enable it to consider whether other measures should be taken, for example further behaviour change programmes such as a larger scale awareness raising across more platforms or exploring the introduction of further powers to Magistrates such as a power to issue a wider range of penalty points if a case is referred to court.

Today’s publication was welcomed by IAM RoadSmart, which said drivers need to learn that their actions could kill.

Neil Greig, director of policy and research, commented: “Addressing the growing problem of smartphone use whilst driving will require a combination of enforcement and education as well as drivers, passengers, companies and individuals taking more responsibility.

“IAM RoadSmart is disappointed that the Government did not support our calls for first-time offenders to be sent automatically on a re-education course specifically tailored to mobile phone use and breaking our apparent addiction to being constantly connected. We also want to see car companies, mobile phone makers and social media providers working together to develop technical solutions to hand-held mobile phone use in vehicles.”

Greig added: “It is essential that drivers get the clear message that if you are on the phone and have a fatal crash you can expect to go to prison for a long time. There is a lot of support among the driving public for stronger penalties and more enforcement focus on mobile phones, but also a feeling that this is not always reflected in sentencing.

“The Home Office must also review its policing priorities to ensure they reflect the risks that new technology can bring on the road.”

RAC road safety spokesman Pete Williams added: “The Government, police, road safety and motoring organisations must accept some responsibility for failing to encourage motorists to change their behaviour and make handheld mobile phone use as socially unacceptable as drink-driving since it was made illegal in 2003.

“It has been allowed to go on for too long and we now need to send a shockwave out there and encourage any drivers still flouting the law to go cold turkey on handheld mobile phone use.”