With just days to go until the deadlines closes for nominations for this year’s ACFO awards, all fleet decision-makers – not just ACFO members – are being urged to nominate their top vehicles, initiatives and suppliers’ products and services. 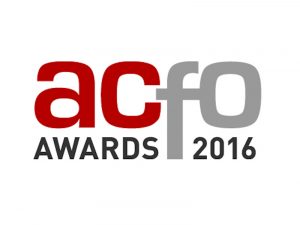 Open for nominations until Friday 9 September, the event is being held for the 33rd consecutive year, enabling both members and non-members to initially nominate the very best in their opinion across seven categories:

ACFO chairman John Pryor said: “We have received many nominations across all categories for the Awards, which underlines the importance of them to the fleet industry at large. However, there is still time for fleet decision-makers to nominate what they consider to be the best in breed in terms of vehicles, new initiatives from suppliers and the best service companies.”

Nominations can be made online at http://www.acfo.org/awards/nominate. Once the nominations list has been compiled, ACFO members only will then be asked to vote for their winner in each of the categories.

Winners will be announced at the awards dinner, which will take place on Wednesday, 16th November at the St John’s Hotel, Warwick Road, Solihull, Birmingham. The evening’s guest speaker will be “stand-up historian” Bill Callaghan, a Yeoman Warder at the Tower of London.