15% of businesses to ramp up fleet spend

Businesses are looking to increase their spend on fleet cars as well as electric cars for the new September registration plate, latest research finds. 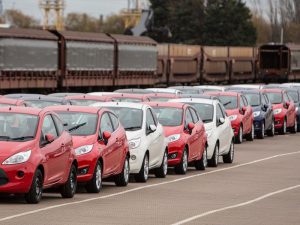 The survey of business car buyers by independent vehicle supply specialist OSV found that 15% of businesses plan to spend more on fleet cars this September than ever before while 21% of those surveyed stated that they’d opt for an electric company car upgrade with September’s new registrations.

Backing this up, almost half (42%) of those surveyed said vehicle efficiency was the leading draw while a third (32%) stated that emissions were a big consideration when purchasing a company fleet.

For another 30% of business car buyers, technology was listed as a primary influencer over their final purchase decision.

The research also found that four out of five preferred UK fleet cars are German made. BMW claimed the top popularity spot, followed by VW, Audi, Ford and Mercedes.