News that the Government has backed down on mandating a charging Clean Air Zone in Coventry has been greeted by the Freight Transport Association (FTA) as a ‘win’ for both local businesses and the city’s long-term air quality prospects. 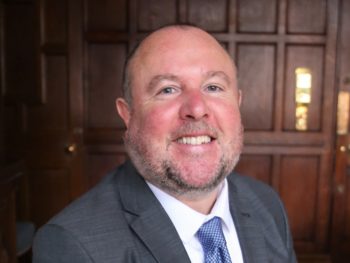 Although the council has been working with the Government’s Joint Air Quality Unit to agree an Action Plan to reduce NO2 levels within the city – its Class D charging Clean Air Zone would have levied charges on all non-compliant vehicles, including cars and vans – the Government has now written to the council in support of local proposals which set out a series of measures to reduce nitrogen dioxide emissions.

It follows months of campaigning by the council, which had maintained that a charging CAZ was not needed and had submitted evidence that re-routing roads, improving pedestrian access and investing in electric buses would bring the requisite reductions in emissions.

Councillor Jim O’Boyle of Coventry City Council said the news reflected the overwhelming views of local people and businesses and added: “This is excellent news and means any CAZ that would have been imposed – affecting 82,000 residents or 25% of our residents – has been stopped.

“A CAZ in Coventry would have potentially created worse air quality on many residential roads bordering the charging zone as drivers would have sought alternative routes to avoid the CAZ.”

Chris Yarsley, policy manager for the Midlands at FTA – which has consistently argued that charging CAZs are only a short-term solution to air quality issues – also commented: “A charging CAZ would have been the very worst option for Coventry; it would have damaged the local economy while failing to deliver long-term improvements to the city’s air quality. The Government is right to rule that other solutions – including intelligent road design, installing fleets of electric buses and investment into cycling routes – can deliver quicker, more sustainable improvements to air quality without penalising hard-working local businesses. After all, vehicles operating in the city will reach the emission standards required to enter a CAZ within a few years due to the natural fleet replacement cycles.”

The legal direction from the Government means that Coventry will need to submit a final full business case by 19 June which will feature more details on the schemes now due to get underway.

Cllr O’Boyle added: “What we all know is that it is absolutely vital that we tackle air pollution – and particularly vehicle emissions.

“We know the health risks of nitrogen dioxide and that is why we want to address this through a package of measures including: highways engineering; improved traffic management; cycle routes; travel planning; upgrading bus fleet; supporting a shift to electric taxis; and encouraging the uptake of electric cars and installing more charging points.