Police across the UK are embarking on drink and drug driving clampdowns from today as they look to reverse rising number of drivers caught under the influence. 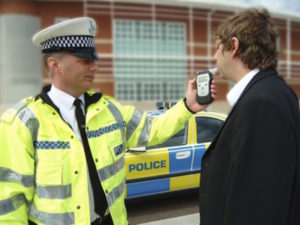 Announced by the National Police Chiefs’ Council as the European Transport Safety Council calls for a zero-tolerance approach to drink driving to be adopted, this year’s campaign sees all police forces take part under a programme of enforcement from Wednesday 18 December until Wednesday 1 January.

Last year, more than 72,000 breath tests were taken during the month of December, of which over 5,500 motorists tested positive, or failed/refused to provide a sample. In addition, more than 1,800 drivers failed a roadside drug test during the 2018 operation.

Recently published Department for Transport data shows the number of fatal drink-drive casualties in 2017 (the latest year for which figures are available) were up 9% compared to 2016, reaching their highest level since 2009.

Drug driving also appears to be on the increase, with the number of fatal and serious crashes with a contributory factor of “driver/rider impaired by illicit or medicinal drugs” increasing by 8% over the same period, up from 447 to 484 incidents.

NPCC lead for roads policing, Chief Constable Anthony Bangham said: “Drink or drug driving is completely unacceptable at any time and catching motorists who are prepared to take such a deplorable risk is a priority for every police force in the UK.

“The winter drink and drug driving operation will result in many motorists being arrested and placed before the courts for these offences. My advice is the same as always; do not drink or drug drive, your actions could kill.”

However, Brake says police in England, Wales and Scotland should also be able to randomly test drivers for the presence of drink and drugs, following in the footsteps of Northern Ireland.

At present the law in England, Wales and Scotland only permits the police to breathalyse someone, or carry out a roadside drug screening test, if they think they’ve been drinking or on drugs, if they have committed a traffic offence, or been involved in a traffic collision. But the road safety charity has highlighted research showing a visible police presence and the fear of being caught are effective in driving compliance with the law.

Joshua Harris, director of campaigns for Brake, said: “Drink and drug driving are a blight on our roads and drivers need to expect that if they break the law they will be caught and punished.”

Meanwhile, the European Transport Safety Council has reiterated its call for a zero-tolerance drink driving limit across the EU as part of a package of new measures as it points out that the UK currently has the highest standard Blood Alcohol Concentration (BAC) limit of 0.8 g/l, although Scotland has set a lower limit of 0.5 g/l.

The organisation’s call is backed up by recent research by Confused.com, which reveals more than one in three (36%) drivers are confused about the legal limit, with many admitting they’d feel safe to drive after two or more drinks.

Confused.com also found that two in five (42%) motorists have driven while knowing or thinking they’re over the limit – with one in five (21%) taking the risk after a Christmas party.

And comparison site Quote Goat has also called for more action to be taken as it says drink-driving figures show the Government’s education campaigns are not getting the message through required to halt the increase in drink and drug driving.

Managing director Michael Foote said: “Recent research by the road safety charity Brake found that more than 5,000 motorists had been caught drink-driving on two or more occasions in the past four years.

“There urgently needs to be a review of Government’s drink driving policy and more collaboration with organisations that represent UK motorists.

“Driving under the influence is simply not worth it and I’d plead with anybody considering it to take the time to look at the wide-ranging potential consequences from losing your licence and job through to the tragic loss of lives of friends, family and others on the road.”