More than half (56%) of commuters into London will change the way they travel for the return to work, including through switching to travelling by their own vehicle. 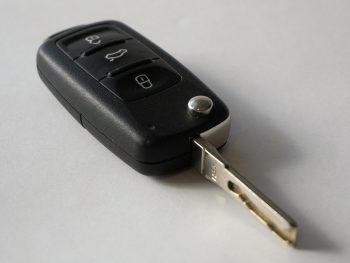 Not surprisingly, the changes stem from a lack of confidence in public transport amid continued safety concerns. A total of 69% of London commuters say that, even with the introduction of face coverings, taking public transport to and from work makes them feel anxious, while 72% say that they will avoid using the tube during their commute unless essential when they return to work. In addition, 70% say they are concerned at the thought of colleagues using public transport.

The findings have led Addison Lee to call on the London Covid-19 Transition Board, co-chaired by Sadiq Khan and Housing Secretary Robert Jenrick, to make the safe return to work a priority and actively work with all the capital’s transport providers on a common set of safety standards that will reinforce commuter confidence on using a variety of means of transport. The suggested standards, which are in addition to use of face coverings and respecting the recommended social distance, cover the installation of partition screens (already in use at Addison Lee), availability of hand sanitiser on transport and at termini, regular deep disinfection of both transport and termini and mandatory regular provision by transport providers of PPE for transport workers.

The analysis by Addison Lee is the latest research to indicate that commuters will be more comfortable with cars than public transport for the return to work; new figures by breakdown provider Green Flag also reinforce that for many Brits, the pandemic has transformed how they will be approaching their commute. A total of two-thirds (62%) of workers will look to actively avoid public transport post-lockdown while 25% are considering an entirely new mode of transport. And a third (32%) will consider buying either a new or used car in a bid to avoid public transport.

But it’s not just workers rapidly revising their plans; analysis by recruitment consultancy Robert Walters indicates half of UK employers are planning to ‘stagger’ the return to work to cut risks, while 40% are looking at creating smaller workgroups to limit mixing of employees/groups in the workplace and 34% are deliberating on changing working hours to avoid busy commuting periods.

Lucy Bisset, director at Robert Walters, said: “What the research highlights is that despite the success of home working, employers are keen to start encouraging their staff back into the workplace and are happy to take necessary steps and put procedures in place to help enable this.

“A return to office brings about many perks, including social inclusion, better workplace collaboration, a separation of homelife, and a reinforcement of company values.

“What employers need to do is merge the perks of office-life with what people have been enjoying about working from home; for example flexi-hours, a relaxed atmosphere, and avoidance of busy commute times.”