By Alex Grant / 4 years ago / Interview / No Comments

Joining forces to offer an all-in-one management and maintenance solution for time-critical fleets, ARI and Royal Mail Fleet have the biggest names in the business in their crosshair, as Alex Grant finds out. 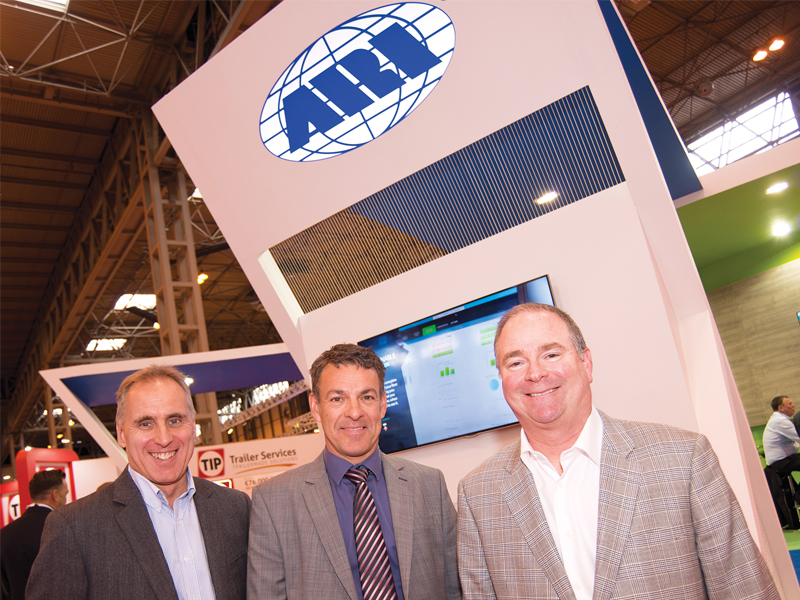 There’s a palpable sense of excitement on the ARI Fleet stand at the CV Show; the launch of a strategic co-operation which combines the company’s suite of fleet management services with access to Royal Mail Fleet’s network of 110 specialist workshops. But adding value for existing customers is only the tip of the iceberg.

“Royal Mail operates one of the world’s largest and most complex critical commercial fleets, in a regulated market,” explains Mark Bryan, senior vice president of European operations at ARI.

“They understand this business and they understand the needs of our clients, because they operate a fleet themselves. Couple that with our ability to aggregate and correlate data and give it back to clients in a meaningful way, and we don’t think anything like this exists in the UK or any other market.”

The foundations were laid 18 months ago. Following its full privatisation in 2015, Royal Mail had been looking at ways to capitalise on its assets, and spotted an opportunity to offer an SMR solution through its workshops. A six-site pilot in the Midlands scaled up to 20 as large corporate fleets – including British Gas – came on board, and the potential for a national network became clear. Since last August, 81 workshops have been trained and equipped to look after external customers, and the remainder of the 110-site network will follow shortly.

Royal Mail Fleet director, Paul Gatti, says it’s been a learning process for the team to prepare for managing external customers: “Whether it’s a Royal Mail postman or a British Gas customer, our mantra is that you treat everyone the same – we’re taking everyone through that commercialisation journey, and understanding our cost and profit lines for each of our workshops more accurately than in the past. We’ve got to the point now where we’re ready to flex up.”

The scale of that network is significant; spanning Redruth to Inverness and including 70 sites with 12-hour opening, 12 with 24-hour opening and, 50 HGV capable workshops. It’s also got a proven record; supporting what’s claimed to be market-leading availability and compliance for Royal Mail’s 47,000-vehicle ‘Red Fleet’.

ARI had initially been as a supplier, offering overflow capacity for the network, but that put it in the right place for a co-operation to develop, explains Keith Allen, ARI UK’s managing director: “It became obvious as we got to know each other over six to nine months that there was an opportunity to work together on a go-to-market strategy and developing an enhanced service offering for both existing customers and prospects,” he says. “Having a brand like Royal Mail Fleet alongside ours will help us grow. We’ve invested significantly over the last two or three years in our people and systems, so the platform is robust and ready to be scaled up.”

It’s a complementary solution; Royal Mail Fleet’s independent workshops are experienced in compliance and keeping a critical operational fleet on the road, offered alongside management solutions and extensive data insight from ARI. The initial aim, says Allen, is to divert around 25% of ARI’s managed fleet into the network, but to focus on finding new business as a combined force.

Of course, ARI has capacity in its own 525 Masterserve garages. While Allen expects some initial reduction in the volume of work to that network, it will remain a critical component of ARI’s service proposition, adding that there will be new opportunities from working with Royal Mail Fleet.

With a network geared up for large, specialist commercial vehicle fleets, it’s no surprise to hear that that’s where ARI sees the big opportunities. It’s an area Allen says is opening up as leasing companies focus on SME and consumer markets, and one where ARI has had success in North America.

Suitable workshops, and management and compliance solutions which apply to HGVs as well as LCVs, mean it can go after new customers with a much broader offering.

“We see opportunities in the van market, which we believe is becoming more onerous in terms of compliance,” he explains. “Most of our critical fleets want out-of-hours servicing – vehicle off-road time (VOR) is probably the driver in most of our customers, and we’re seeing growth opportunities on the truck side. As we get more into the van space this also creates opportunities to discuss the management of trucks, so we’ve got to have that capability. We’ve always had that knowledge in our business, but not to the extent that we can now call on with our co-operation with Royal Mail Fleet.”

And there are opportunities within the relationship too; ARI and Royal Mail Fleet will work together on training, as well as providing unprecedented insight into the way the ‘Red Fleet’ is operating. The latter should improve efficiency and utilisation.

Bryan believes that’s a marketable experience: “It’s a very consultative approach that we’re going to bring to clients. Whether it’s all the expertise Royal Mail brings in terms of maintaining a fleet and all the visibility around data, access to information and transparency and those things we have experience with, you can see if you’re sitting in front of a client we can bring a lot of value to that conversation.”