PSA and GM Europe – a platform for success?

The combined GM Europe and PSA business will become the second largest automotive company in Europe, with the potential for significant cost-savings thanks to platform and technology sharing. Julian Kirk looks at what the future may bring for the new business. 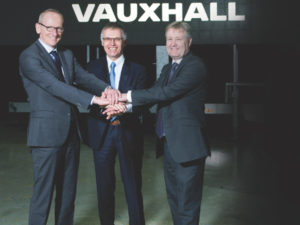 When PSA Group chairman Carlos Tavares announced the acquisition of GM Europe, he said he expects to generate substantial economies of scale in areas of purchasing, manufacturing and R&D.

The new group, the second largest automotive company in Europe, is expected to return annual synergies of €1.7bn by 2026 – of which a significant part is expected to be delivered by 2020 as cost-saving measures are applied at Vauxhall/Opel.

Many experts in the industry believe consolidation and synergies are the only way the merger can work, especially as both groups inhabit the same lower-margin, mass volume market and neither can be argued to have aspirational brand appeal or a USP in one particular area.

While both parties currently have collaborations or product legacies with other manufacturers (the Vauxhall Corsa, for instance, is based on a Fiat platform), the process now begins of moving all of Vauxhall/Opel’s vehicles on to PSA Group platforms. The Peugeot 3008 and Vauxhall Grandland X crossovers are the first fruits of the PSA/GM Europe tie-up – work on these began during a brief period of co-operation back in 2012 (see boxout) – but industry analysts predict it will take several years to fully integrate the two groups.

A spokesman for IHS Markit said: “There appears to be plenty of scope for consolidations and synergies between PSA and Opel/Vauxhall given the one million additional vehicles it will add to its European production footprint.

“However, the expected phasing out of GM-Opel/Vauxhall technology isnot necessarily good news for some of the five component sites in Europe that will be part of the acquisition. However, the new organisation is likely to need some additional capacity to produce the new requirement.”

It is likely that the B-segment will be the first market area to move to PSA’s new small car platform. It is thought this could happen in 2019 to avoid the expense of redeveloping the ageing Corsa in the meantime (and getting it to meet Euro 6d emissions regulations). Not only would new Corsa be built on a PSA platform, it would also be powered by the group’s range of three-cylinder engines in both turbocharged and naturally aspirated guises.

Next up would be the Astra moving to PSA’s C-segment platform from 2021 (coincidentally when Ellesmere Port’s Astra production contract expires). Further down the line (around 2024) will be vehicles in the D-segment – these will be last in line of the core volume models because Insignia Grand Sport has only just been released and the second generation Peugeot 508 is waiting in the wings.

But it will not just be in terms of vehicle hardware where there will be savings to be made – the new group’s scale will also create a better negotiating position when dealing with technology providers such as Apple and Microsoft over in-car technology and connectivity.

CAP HPI Consulting’s managing consultant, Matt Freeman, said: “The potential benefits of this deal will come from the longer-term consolidation of the two businesses. While efficiencies will be found from the better use of plant capacity to a consolidation of the supplier base, it will be the integration of model development programmes around common component sets that drives real change.

“The greater scale the combined PSA-Opel will have for technology investment will see a step-change in vehicle development, which requires not only investment in new powertrain technology, but also the development of a wind-down strategy for internal combustion engines.” 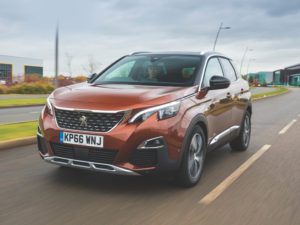 The Peugeot 3008’s platform is already being shared with the forthcoming Vauxhall Crossland X.

Prior to their merger, GM Europe and PSA have worked together on a number of projects.

Back in 2012 GM bought 7% of the French group with the aim of collaborating on platform sharing, creating a common purchasing platform and making other cost savings through greater economies of scale.

While this proved to be an ill-fated engagement (political issues such as PSA’s presence in Iran and nose-diving sales and profits in Europe saw GM sell up a year later) it laid the foundations for their forthcoming marriage.
A result of this brief union was the decision to fast-track development of SUVs and crossovers – the first results of this co-operation are the Peugeot 3008 and Vauxhall Grandland X twins which have just gone on sale.

There will also be a move to collaborate on LCV development – GM Europe currently has a tie-up with PSA’s fierce rival, Renault, which involves building the Vivaro vans in Luton. With the Renault-Nissan Alliance recently announcing its own plans for a new business unit and closer Franco-Japanese collaboration on vans and SUVs, this suggests the GM-Renault/Nissan deal is on borrowed time.

And even though GM has sold its European division, it expects to collaborate with PSA in the field of electric vehicles, while in a reciprocal arrangement PSA may source the supply of fuel cell systems from the GM/Honda joint venture. 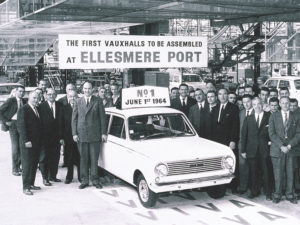 The first car off the line at Ellesmere Port (HA Viva).

1899 Opel begins car production.
1903 Vauxhall begins car production.
1921 GM buys 80% of Opel, buying the remaining 20% a decade later.
1925 GM buys Vauxhall.
Early 1970s GM begins to merge the Vauxhall/Opel offerings.
1986 GM Europe created.
1988 Opel, billed as a ‘premium’ brand, is dropped in Britain, while Vauxhall is dropped in the Republic of Ireland in favour of Opel.
1989 GM buys 50% of Saab – the brand is eventually sold to Spyker in 2010. In the same year it acquires 50% of Lotus – eventually selling it in 1993.
2000 GM embarks on partnership with Fiat, later dissolved in 2005.
2002 Car production at Luton ends. The plant continues building LCVs.
2009 GM files for bankrupty in the US and seeks to sell Opel/Vauxhall to Magna. However, GM executives pull the plug at the last minute, citing GM Europe’s importance to its global strategy.
2012 GM takes a 7% share in PSA, selling the stake a year later.
2014 Dongfeng Motors and the French government each take a 13% stake in PSA as part of a rescue deal.
2017 GM sells Vauxhall/Opel, having failed to make a profit in Europe since 1999.