Following the recent inquest into deaths on a stretch of smart motorway near Sheffield, law firm Clyde & Co has been exploring the potential issues. Kate Hargan, head of motor crime, and Luisa Lister, professional support lawyer, comment on what needs to be done. 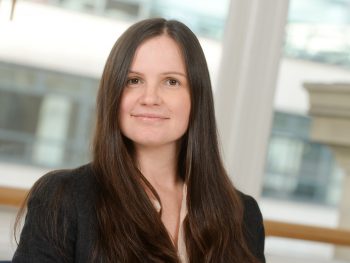 With 44 deaths during the past five years and evidence that 26 vehicles a day have no choice but to stop in flowing traffic due to the absence of a hard shoulder, the future of smart motorways has been in question for some time.

Two coroners have both recently concluded that smart motorways “present an ongoing risk of future deaths”. So, what are the perceived benefits and criticisms of the system? And what about the future viability of such roads.

What is a smart motorway?

Smart motorways were first introduced in 2006. Highways England developed these roads with the aim of increasing traffic capacity and decreasing congestion by utilising existing carriageway space. Since this time. the network of smart motorways has grown significantly to include stretches on nine of the major networks. They now account for around 400 miles of England’s roads.

There are three main types of smart motorway:

• All lane running: where the full width of the road is usable with emergency refuge area alongside; and

• Controlled motorway: with three or more lanes, a hard shoulder and a variable speed limit.

However, since their introduction these roads have been mired in controversy. Criticisms have primarily arisen following a number of fatalities involving stranded vehicles and vehicles proceeding down closed lanes. These criticisms have mainly focused on those with a “dynamic hard shoulder” and those with “all lane running”, with members of the public being unsure when they can and cannot use the hard shoulder. 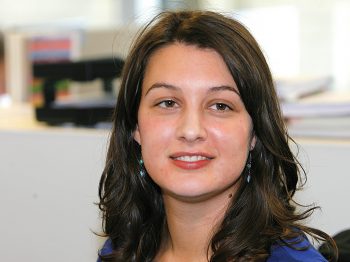 In response, in spring 2020 the Department for Transport outlined 18 recommendations as part of its stocktake of smart motorways, which included proposals to abolish the confusing dynamic hard shoulder as well as reducing the distance between places to stop in an emergency to three-quarters of a mile. It also promised to substantially speed up the deployment of “stopped vehicle detection” technology across the entire “all lane running” smart motorway network, so stopped vehicles can be detected and lanes closed more quickly.

The action plan did to some extent address some of the key criticisms of smart motorways as well as committing for the first time to a clear public timetable. However, despite the Government’s efforts to restore public confidence, further progress in terms of implementation seemed to have stalled and motorists have continued to be put at risk.

Putting the brake on smart motorways?

The above issues recently came to a head when Sheffield coroner David Urpeth recorded a conclusion of unlawful killing following an inquest into the deaths of two motorists on the M1 in South Yorkshire in June 2019, saying: “I find, as a finding of fact, it is clear a lack of hard shoulder contributed to this tragedy.”

Whilst the primary cause of death was held to be the careless driving of lorry driver Prezemyslaw Szuba, who crashed into their vehicles as they sat stationary in lane one following a minor incident, when the driver was sentenced in October 2020*, the Judge also added that the collision would not have occurred “had there been a hard shoulder, or had the victims driven on for another mile to the refuge”.

During a pre-inquest review hearing into a separate case involving the death of Nargis Begum, the coroner confirmed she would decide whether to refer Highways England to the Crown Prosecution Service on charges of corporate manslaughter or gross negligence manslaughter. In that case, Mrs Begum was waiting for help near her car on the M1 after it broke down on a stretch without a hard shoulder. The coroner heard there was a total of 22 minutes and 36 seconds between the breakdown and warnings being displayed.

In light of the two coroners’ comments, it is understood that the Transport Secretary has called an urgent meeting with Highways England to discuss progress on their 18-point plan.

We would agree with recent comments from coroner David Urpeth that a lack of hard shoulder is contributing to many unnecessary fatalities and that not enough has previously been done by the Government to address the inherent safety issues with smart motorways. Certainly, it is unrealistic to simply point the finger at a lack of education or understanding among motorists, particularly as the majority will infrequently use these roads and may understandably panic if they find themselves unexpectedly stranded in fast-moving traffic.

It seems that the coroner’s comments have finally acted as the catalyst needed to force the government’s hand and prompt a further urgent consideration of the ongoing viability of these controversial roads.

Ultimately, road safety must remain the government’s priority and the implementation of the government’s action plan for smart motorways is required urgently. We await the Transport Secretary’s announcement and urge that the proposals go far enough to ensure that the risk that smart motorways have created is properly eliminated before another foreseeable and completely preventable death occurs.

The views and opinions expressed in this article are those of the authors and do not necessarily reflect the official policy or position of Fleet World.