Katherine Nield, lawyer, UK clean air at ClientEarth, on why it’s essential that Clean Air Zones – postponed due to the coronavirus crisis – should go ahead as soon as possible. 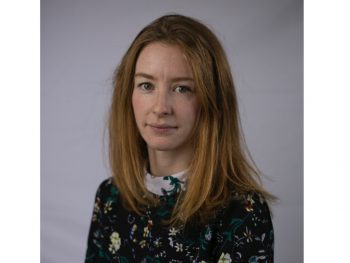 There is no question that the current situation linked to Covid-19 is entirely without precedent, with governments around the world putting in place extraordinary measures to prevent or reduce the hardship suffered by many.

In the UK, the crisis has led to many government activities being put on hold. Two weeks ago, the Joint Air Quality Unit – the central government team tasked with delivering plans to tackle illegal air pollution – notified ClientEarth and other organisations that it is working with local authorities to delay the implementation of Clean Air Zones (CAZs) across the country until “after the Covid-19 outbreak response”.

CAZs, which aim to deter the most polluting vehicles from entering the most polluted parts of towns and cities, have been identified by the UK government as the quickest way to clean up illegal air pollution. Recent statistics show that London’s Ultra Low Emission Zone (ULEZ) has reduced nitrogen dioxide pollution by up to 37% in the 3-month period before the lockdown, compared to a scenario where no ULEZ was in place. Following our three court wins against the UK Government, ministers have ordered 63 local authorities to come up with proposals to tackle illegal levels of pollution in their areas; many had put CAZs at the core of these plans.

CAZs were due to be implemented in Birmingham, Leeds and Bath this year, but the latest words from central government suggest that these will be delayed until at least January 2021.

CAZs are due to be introduced in other towns and cities from 2021, including in Bristol, Sheffield, Newcastle, Manchester and Portsmouth. Recent announcements suggest that these timetables may also be under threat. An already delayed consultation on Greater Manchester’s proposals planned for this summer has now been indefinitely postponed.

The Government has committed to keeping any delay to putting CAZs in place “as short as possible”. Given the harm to people’s health caused by air pollution, particularly to those most vulnerable, we think this is essential.

Many people have noticed cleaner air in towns and cities during the lockdown, but this is an unintended consequence of the unprecedented decisions that the Government has made to protect the population from Covid-19 and any impacts on air quality prompted by these is likely to be short-lived.

In France, President Emmanuel Macron has recognised that people will not want to go back to breathing dirty air after lockdown. The same is true in the UK. Once the country starts moving again, both local and national authorities need to be ready to put in place the measures necessary to deliver urgent and lasting improvements to air quality and protect public health from the harmful impacts of illegal pollution. As the British Lung Foundation has highlighted, this action was already important for the 12 million people in the UK with an existing respiratory condition. It is now also important for those recovering from Covid-19.

The Government remains under a legal obligation to clean up the air across the country. Ministers must therefore ensure that preparatory work to draw up local air quality plans continues as much as possible. People need to be able to look forward to breathing cleaner air that is free from illegal levels of pollution when we start to move around once more.

People are at the heart of our work fighting for clean air – and measures to improve air quality must leave no one behind. ClientEarth has always believed that the UK Government should be introducing CAZs only alongside help and support for people and businesses across the country to move to cleaner forms of transport as quickly as possible. This remains just as crucial now and should be part of the package of stimulus measures to help drive our economic recovery.

This piece was originally published on clientearth.org: Air pollution and Covid-19: clean air zones postponed across the UK