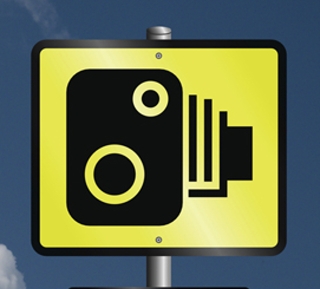 The figures, which have been published by Transport Scotland, comprise the first set of data to include casualty figures since the cameras went live last October.

A spokesperson for the A9 Safety Group said: “These most recent figures continue to demonstrate that driver behaviour on the A9 between Dunblane and Inverness has significantly improved since the introduction of average speed cameras. This technology continues to be the most effective measure in terms of ensuring compliance with the speed limit, with the A9 system delivering compliance levels in excess of 99.96%. Despite rising traffic volumes the recorded number of incidents has continued to drop as well as the impact of these incidents in respect to closures and restrictions on the route. This has resulted in improved journey time reliability between Dunblane and Inverness.

“This is the first set of data to include casualty figures, these cover the period from October 2014 to March of this year. When compared to the average for the same period between 2011-2013, the number of fatal and serious casualties between Dunblane and Inverness is down by 50 per cent. There have also been substantial reductions in the number of injury accidents and the number of casualties overall. Whilst these figures are encouraging, we will continue to monitor the route over the coming months and years to build upon these early results.

“We continue to be concerned about the number of fatal accidents on the A9 and we are working to further improve the safety of the route, as we do across Scotland. The A9 Safety Group have been proactive in running safer driving campaigns for the A9, focusing on driver behaviour issues, including speed limit awareness, and we have also endorsed the Scotland wide “driver fatigue” campaign to highlight the risks that driving when tired may present to users of the A9.”

Neil Greig, IAM director of policy and research, said of the figures: “Whilst the IAM are of course disappointed by the small rise in fatalities in the first six months of camera operations these early indications do show a clear link between high compliance with the speed limit and fewer crashes. Traffic has also been rising on the A9 which makes these figures even more impressive. The IAM remain convinced that average speed cameras on the A9 are delivering a safer road in advance of the final improvements to full dual carriageway status by 2025.”