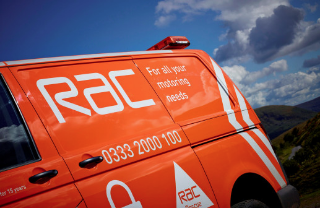 Commenting on the announcement (full budget summary here), RAC chief engineer David Bizley said: “We are pleased the Chancellor has sought to protect the funds allocated to the Road Investment Strategy as this demonstrates a firm commitment to protect and improve the country’s crucial road transport infrastructure in the longer term.

“The Government’s Road Investment Strategy shows that for every £1 spent on the projects identified, the return for the Government is £4 in the long term, demonstrating the clear link between investing in the nation’s roads and economic growth.

“The extra £250m being allocated to the Pothole Fund over the next five years is good news but is, of course, no more than a drop in the ocean in terms of the scale of the problem across Britain’s 245,000 miles of road. The Government’s own estimated backlog for repairing local roads is up to £8.6bn, which shows the scale of the funding shortage. We urge local authorities to use this money wisely by carrying out preventative maintenance rather than just short-term remedial repairs.

“Although the Government has a sound plan in place to finance improvements to major roads, we badly need similar thinking for local roads. We would like to see local authorities given the freedom to allocate funds to bring their roads up to standard which, according to RAC research, is exactly what their council tax payers want.”

The RAC also commented on the deferall of the removal of the 3% diesel surcharge. RAC Business head of corporate sales Jenny Powley said: “Company car drivers will clearly be disappointed by this announcement, as diesel engines have come a long way in terms of CO2 emissions since the supplement was introduced in 2002.

“Many company car drivers will have chosen diesel vehicles this year with the expectation that the supplement would be lifted in April 2016.

“Of course recent events surrounding diesel engine emissions and testing processes at VW have changed the perception of diesel in the market place. It seems that the Chancellor has also been influenced by that as the reasons given for the supplement to remain until 2021, is that EU-wide testing procedures should ensure new diesel cars meet air quality standards by then, even under strict real world driving conditions.

“However it would seem unfair to penalise diesel vehicle drivers by extending the Benefit in Kind tax when it was originally based on levels of CO2 emissions, which have improved considerably in the last ten years.”

Responding to the lack of announcement on changes to fuel duty, RAC chief engineer David Bizley said: “Motorists may be relieved that the Chancellor has not used low fuel prices as an immediate opportunity to raise duty on petrol and diesel to help reduce the deficit.

“But by not mentioning fuel duty in his Autumn Statement, the implication is that the 57.95p charged on every litre currently will be subject to inflationary increases in line with RPI from April 2016 onwards.

“This will go down like a lead balloon with motorists who have been benefitting from lower pump prices as oil prices have fallen. It also goes completely against the Treasury’s own findings that lower fuel prices are good for the economy and an extremely inefficient way of raising additional taxation revenues for the Treasury.

“Motorists already pay £26bn in fuel duty per year so any increase to this tax on petrol and diesel will be hugely disappointing and a backward step which will prove damaging to the economy in the longer term.”

The RAC also commented on the changes to insurance to help stem rising whiplash claims. Insurance director Mark Godfrey said: “Anything that reduces the cost of car insurance for motorists has to be welcomed, but we should be cautious around the saving figure of £40-£50 a year on average policy costs as previous estimates of savings have been over-egged and one of the reasons behind recent increases in car insurance premiums across the market. The devil, of course, will be in the detail which we wait to see.

“It is ironic this announcement comes just three weeks after Insurance Premium Tax was raised by 3.5% to 9.5% which has started to increase costs for motorists. Perhaps the Chancellor should have delayed the IPT increase until there is clarity on how these proposals will soften the impact of this increase on motorists.”