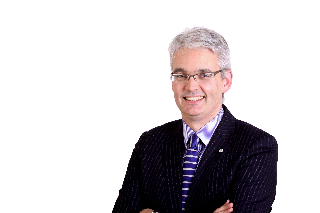 Responding to the announcements made, Lawes said: “We are accustomed to the Chancellor of the Exchequer’s bi-annual statements including ‘rabbit out of the hat’ moments and today was no different. Many were predicting cuts ahead of the Spending Review and Autumn Statement, such as to police and tax credits. Whilst many are relieved these were scrapped, others have been left wondering how Mr Osborne will balance the books.

“The more optimistic outlook and modelling changes from the Office for Budget Responsibility (OBR) have undoubtedly made the Chancellor’s job easier, enabling a far more positive statement than was predicted.

“Throughout Mr Osborne’s speech, experts were expecting to hear announcements to increase revenue, such as an increase to fuel duty. This didn’t materialise, much to the relief of drivers and companies across the UK.

“In other news, the supplement of 3% to Benefit-in-Kind taxes for drivers of diesel company cars has been extended to 2021. This is unfortunate news but an understandable measure to ensure new diesel cars meet air quality standards even under strict real-world driving conditions. It will at least enable future business planning and individuals’ choices and encourage take up of the cleanest models available."

He added: “It was positive to see continued support of the uptake and manufacturing of Ultra Low Emission Vehicles in the UK, with £600m pledged between now and 2021. If the Government does want to meet its ambitious targets of all new cars to be effectively zero emission by 2040, however, it will need to do more than this.

“Similarly, the ‘Permanent Pothole Fund’ of £250m attracted plenty of cheers but spread across the UK over the next five years, potholes could remain a more permanent feature on UK roads than the fund suggests.

“The £15bn Roads Investment Strategy in today’s Spending Review is positive, although it will be interesting to see how the government delivers this with a 37% cut on the Department for Transport’s day-to-day spending.

“The Chancellor was also bold with his statement of an additional one million jobs over the next five years. Alongside the three million apprenticeships, the outlook for employment over the next five years is positive, if all of Mr Osborne’s promises materialise. As the opposition were quick to point out, the UK was meant to be running a surplus this year so we wait to see if the Chancellor can achieve his new target of £10.1bn in 2019/20.”