The ASA ruling on the value of ex-fleet cars could result in a large influx of stock into Ireland, with a potentially “disastrous” effect on residual values, Irish data site Cartell.ie has warned. 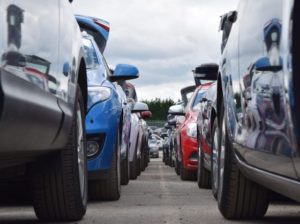 Cartell.ie is warning that the ASA’s decision could lead to an influx of stock into Ireland.

It follows multiple recent cases in the UK where consumers have been awarded compensation after unknowingly buying ex-rental or ex-fleet vehicles, with the ASA setting a precedent that previous use has a material effect on its value.

Speaking at a recent seminar, organised by Geldards Law Firm, Bowkett Auto Consulting Ltd and Gough Square Chambers, Cartell.ie’s director, Jeff Aherne said this was unfounded. While its data already identifies which vehicles are ex-fleet stock, he said their opinion was that they make a good used purchase, generally well maintained in line with manufacturers’ schedules and well looked after.

“The compensation levels are seemingly decided without any evidence to substantiate the amounts awarded,” he explained. “They are of a scale which would make it financially attractive to move ex-fleet vehicles out of a developing two-tier or even three-tier UK used car valuation market and into Ireland where the benefits of ex-fleet vehicles are understood.

“Whilst the cross-border flow of used vehicles ebbs and flows with exchange rates and other factors, the risk of ex-fleet vehicles flooding into Ireland because of some illogical UK legal decisions is not something we want to see as the impact on the Irish car market and particularly used values would be disastrous.”

The warnings come weeks after Dean Bowkett, MD of Bowkett Auto Consulting and former director and chief editor at the EurotaxGlass’s global services team, warned that the ASA’s decision could create a “two-tier” used market in the UK, advising dealers and trade bodies to lobby against the ruling.