Are we done with demonising diesel?

The popularity of diesel cars has taken a huge dip in recent years, but could fleets be responsible for their survival until a total ban on their sale in 2040? Craig Thomas assesses whether there is such a thing as a diesel rebound. 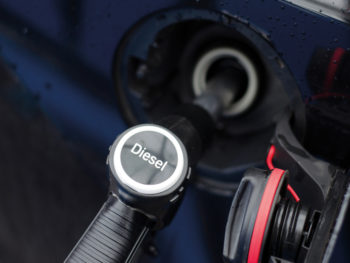 The wider adoption of diesel was undoubtedly one of the most significant trends in the car market in the early 21st century (along with the rise of the SUV).

At the turn of the millennium, diesel-engined cars accounted for just 14.1% of the new car market: by 2007 that figure had increased to 40.2%, then peaking in 2011 at 50.6%. From a seventh of sales volumes to over half in just over a decade was a huge change.

A large impetus behind the increased popularity of diesel cars – especially in the fleet sector – was the 2002 introduction of company car BiK. This was where users were encouraged to choose lower emission cars, which at the time were diesels. The shift was a clear incentive for car buyers, particularly fleets, to choose diesels.

This change in the taxation regime also prompted engineering advances that saw average new car CO2 emissions falling from 181.0g/km in 2000 to 120.1g/km in 2016.

This all came to an end in late 2015, though, as the Volkswagen-related scandal that came to be known as Dieselgate brought the air quality concerns – which had hitherto been rumbling away in the background – to the fore. NOx became the new CO2.

With an increased awareness of the dangers of NOx – it accounts for 40,000 deaths in the UK every year, according to some estimates – came government action. Increases in VED, supplements to Company Car Tax and Clean Air Zones have all started to bite and have an effect on diesel sales.

Diesel is done, then. It’s game over for the fuel.

Not so fast. Diesel still has its place, especially in fleet usage. Mike Hawes, SMMT chief executive, says: “As the Government says, ‘cleaner diesel cars and vans can play an important part in reducing CO2 emissions from road transport during the transition to zero-emission vehicles.’The latest, advanced diesels will remain the right choice for many drivers for some years to come, particularly those who travel longer distances, valued for their lower CO2 levels and lower fuel consumption. Fleets should now have confidence to choose the car that’s right for them – whatever the fuel – safe in the knowledge there are no bans.”

Toby Poston, director of communications for the British Vehicle Rental & Leasing Association (BVRLA), adds: “Around 60% of the current fleet is still diesel. Even if you look at new fleet registrations, over 40% are diesels. They’re still well and truly part of the fleet, although in terms of new vehicles, petrol’s definitely taking the lead.

“There’s certainly been a refocus from CO2 about three or four years ago to air quality being the absolute area the Government was trying to crack down on, mainly via local air quality measures and Clean Air Zones, and then via the diesel supplement and Company Car Tax. And, it’s expressly done what it planned to, which is to reduce the number of diesel vehicles on the road.”

Help is at hand, though, with the introduction of new emissions testing regimes. The Real Driving Emissions (RDE) tests – which complement the new Worldwide harmonised Light vehicle Test Procedure (WLTP) – have been designed to more accurately measure pollutants, such as NOx, emitted by cars on the road.

The RDE regime is being introduced in two stages. RDE step 1 was introduced on 1 September 2017 for new car type approvals and will apply to all new car sales as from September 2019. Vehicles compliant with this standard are designated Euro 6d-Temp. RDE step 2 (known as RDE2) will come into force in January 2020 for new types and then from January 2021 for all types. These vehicles will be labelled Euro 6d.

Companies that add RDE2 cars to their fleets will not only feel content that they’re doing their bit to help improve air quality, but will also see financial benefits, as Poston explains: “We now have the next-generation of RDE2 vehicles coming out, which are a lot cleaner in terms of nitrous oxides and particulates. So I wouldn’t be surprised if you don’t see that decline in diesel really reduce. You might actually see some people going back in to diesel because of the tax. If you look at the 4% diesel exemption for RDE2 cars, and the recent announcement of a cut of two percentage points for all petrol and diesel cars from 6 April 2020, that’s six percentage points. So a new diesel car, if you’re looking at taking one on from next year, is going to be six percentage points of company car tax cheaper than you probably would have thought it would be if you bought it this year.

These cheaper-to-tax RDE2 diesels are already filtering on to the market. Mercedes-Benz, for example, has eight RDE2-compliant cars available (to buy or order) now. BMW, Jaguar, Land Rover and Vauxhall have their first approved cars by the end of 2019.

These cars – and all new diesels going on sale in the next few years – have to be good news for air quality, especially in cities, surely?

Well, yes and no. The RDE cars have certainly made a start in making diesels cleaner. Green NCAP – an independent initiative which promotes the development of cleaner cars – has conducted its own tests. It found recently, for example, that the Mercedes-Benz C 220d 4Matic: “… scored maximum points for the Clean Air Index, the same as electric vehicles. While electric vehicles produce no pollutant emissions, those of the Mercedes were below Green NCAP’s ‘high-performance’threshold, meaning that it scored maximum points… It is clear that new diesel-engined cars, with proper calibration and effective after-treatment, can deliver extremely low pollutant emissions.”

Initial independent RDE2 tests on diesels also suggest that cars are well within the official limit of 80mg/km. German automobile club ADAC conducted tests on 13 diesel models earlier this year and found that only one, the Honda Civic 1.6 i-DTEC, was over the legal limit, with the other 12 comfortably within it. Indeed the ­­­­­­­­Benz C 220d emitted no NOx emissions at all – which shows why it also did so well in the Green NCAP tests.

However, the volume of cars that comply with RDE2, as a proportion of the total diesel car parc, is likely to remain relatively small for some years to come, so any paradigm shift in air quality improvements is unlikely.

So are there even cleaner diesel options that will help speed up air quality improvements? What about diesel hybrids, for example?

Plug-in hybrids that combine electric motors with diesel engines seem, on the face of it, to be the perfect solution. Around town, they can operate on electric power only, with no tailpipe emissions: on longer journeys, they can use an efficient diesel engine that will offer a greater range than can be achieved with a pure EV.

Mercedes (again) has introduced plug-in diesel hybrid variants to its C-Class and E-Class ranges, but the experiences of Audi and Volvo point to these being pretty niche options. Audi sold 556 Q7 e-trons in the UK between its 2016 launch and end of production in 2018: which is why the revised Q7 available from the end of 2019 will only have a petrol-electric plug-in hybrid. Likewise, the last-generation Volvo V60 also had a diesel PHEV variant: the company sold 860 between 2012 and 2018, which was just 4% of all V60s sold. The current V60 has no PHEV variant: indeed, it’s the first car to be launched after the company said that it was no longer building diesel cars.

There are a number of issues that prevent diesel PHEVs from becoming popular, with the biggest undoubtedly being cost: diesel engines are more expensive that petrol units and, when you add the cost of batteries and an electric motor, this proves too rich for the blood of most buyers. And as these buyers don’t even receive significant-enough savings from running costs, compared to petrol-electric cars, there’s very little upside to their purchase.

We will see diesel cars with 48V mild hybrid technology hitting the market over the next few years, but as these don’t involve the expensive components of a plug-in, there won’t be same barrier to purchase – but neither will there be the large (official) efficiency gains that help reduce running costs.

Where that leaves us is that diesels should benefit from the new RDE testing regime, which should arrest their decline. As Poston says: “Globally, you can see that a lot of manufacturers are refocusing on electrified vehicles. Obviously that will mean that there are fewer diesel and petrol models being produced over the next 20 years. When I talk about the rebound of diesel, I’m mainly talking over the next five years – particularly while there is a real shortage of pure electric vehicles and hybrid vehicles. Some companies want to do the right thing, but they can’t get hold of the vehicles.”

Diesel will endure, helped by the new regulations, but until all the old smokers are scrapped, it will be hard to completely rehabilitate its reputation. Fleet users should, nonetheless, persevere with it, simply because it will be the right choice for many of them.