Anglo American signs up to hydrogen fuel with ITM Power

Anglo American has become the latest customer to sign a fuel contract with ITM for its fuel cell electric vehicles. 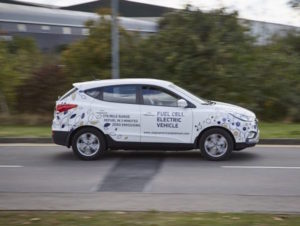 Andrew Hinkly, executive head of marketing, Anglo American Platinum, commented: “To meet the ever more challenging emissions targets being set around the world, the use of zero emissions Hydrogen Fuel Cell Electric Vehicles will increase. Rapid refuelling and the use of a renewable clean fuel offers a significant advantage.