AEB on track to become mandatory from 2022

MEPs have given the green light to making driver assistance features including Automated Emergency Braking (AEB) standard on new cars within three years. 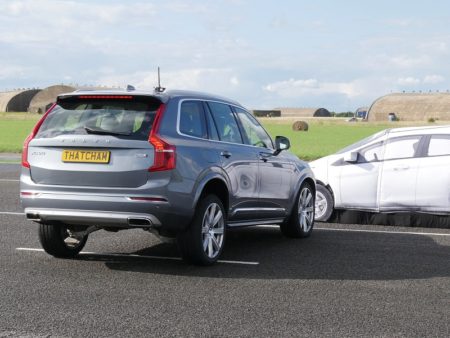 The vote today (21 February) has seen members of the European Parliament’s Committee on Internal Market and Consumer Protection (IMCO) approve a range of new vehicle safety standards developed by TRL and initially proposed by the European Commission in May last year.

The transport policy proposals – known as the Third Mobility Package – would see a range of different systems, including advanced safety features such as autonomous emergency braking (AEB) with pedestrian and cyclist detection and overridable intelligent speed assistance (ISA), alcohol interlock installation facilitation, drowsiness and attention detection and accident data recorders, be required on new cars within the next three years. Currently these features are only available on some models.

The campaign also emphasises the importance of a new direct vision standard for lorries and buses to enable drivers to have a better view of other road users around their vehicle.

Today’s vote has been welcomed by the European Transport Safety Council, which earlier this week highlighted how overridable ISA alone could save thousands of lives and is urging for a final deal on the measures to be reached quickly; it’s previously expressed concerns that the European car industry is trying to ‘cherry pick’ technologies.

Antonio Avenoso, executive director of the ETSC, said: “This legislation represents a major step forward for road safety in Europe, and could save 25,000 lives within fifteen years of coming into force. But it will only apply to new vehicles. So it’s incredibly important that a final deal is reached as soon as possible, so cars with these new safety features fitted as standard start driving off production lines sooner rather than later.

“We want to thank MEPs, and in particular Róża Thun – the MEP responsible for the file, for working long and hard to come up with a text that a majority could support. Final negotiations between the Parliament, Member States and the European Commission should now begin as soon as possible. We urge policymakers to do their utmost to achieve a final agreement before the European Parliamentary elections in May.”

The vote was also welcomed by TRL, which says the measures will save 25,000 lives. The organisation has been working on the European Commission’s behalf since 2014 to assess the feasibility of these new regulatory safety measures, bringing together the car manufacturing industry, NGOs, governments and safety organisations at every step of the project.

“I’m enormously proud of the work completed by TRL in not only developing these safety standards and undertaking the Impact Assessment, but also in the phenomenal achievement of bringing this to the European Commission to now take to an EU Parliamentary vote,” said Richard Cuerden, head of TRL’s Academy.

“We are pushing very hard for relevant and practicable standards to be introduced for our vehicles, not only in the UK but across Europe. This new safety legislation is the first of its kind and lays the groundwork for what is going to come next as vehicles transition from human to automated systems. As an organisation, TRL is helping to write the rulebook for this journey. I would like to thank the European Commission, Róża Thun (MEP) and IMCO, and all of the stakeholders involved in bringing these standards to this advanced position,” explained Cuerden.

EU legislators are also meeting today to try and reach a final deal on an accompanying package of infrastructure safety management requirements, which could lead to thousands more lives saved.