MEPs have lent their support to new EU rules on road infrastructure and vehicle safety that could help save thousands of lives a year on European roads, according to the European Transport Safety Council (ETSC). 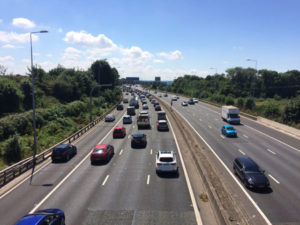 The proposals would see road safety audit rules extended to all motorways, all “primary roads” and all non-urban roads that receive EU funding

While road fatalities have more than halved since 2001, 25,300 people still lost their lives on EU roads in 2017 and another 135,000 were seriously injured. In response, the European Commission has proposed a series of measures.

The existing requirements ensure governments carry out regular road safety audits, identify high-risk sites and prioritise safety when building new roads but the rules only apply to major European roads known collectively as the Trans-European Transport Network (TEN-T). The update – now approved by the European Parliament’s Transport committee – would extend the rules to all motorways, all “primary roads” and all non-urban roads that receive EU funding.

However, although the ETSC and other organisations have been calling for all main urban and rural roads to be covered, as many more people die in collisions on these types of roads than on motorways, MEPs did not choose to extend the scope that far.

In response, the ETSC said MEPs’ backing of the Commission’s proposal to cover primary roads offers considerably higher potential safety benefits than that of the EU Member State transport ministers. At a meeting in December, transport ministers said it should be up to Member States to decide which primary roads are covered and the ETSC has expressed concerns this would leave open the possibility that some countries would propose the bare minimum, or only roads that already meet high safety standards.

The European Commission also proposed in May that performance standards for road signs and road markings across Europe should be developed – particularly vital with the advent of autonomous cars. MEPs have also lent their backing to this, again taking a stronger position than national transport ministers who effectively dismissed the idea.

MEPs also want to see minimum road safety requirements for vulnerable road users such as pedestrians and cyclists.  The existing legislation, which mainly covers motorways, does not make special provision for these groups.

The Transport committee also voted in support of a wide-ranging package of new vehicle safety measures.  The proposals would see 11 different systems, including Advanced safety features such as autonomous emergency braking (AEB) and intelligent speed assistance (ISA), be fitted as standard on new cars within three years. Bar AEB, all of the technologies would be standard on vans too while trucks and buses would also get various safety features including a focus on vulnerable road user detection. MEPs backed the proposals, though they requested an additional two years for Intelligent Speed Assistance systems to be made mandatory.

In a positive move, MEPs said that the new rules should be fast-tracked, with implementation to start two years after adoption of the rules, rather than the three years proposed by the European Commission.  In addition MEPs requested that eCall, an automated emergency calling system fitted to all new cars and vans in the EU, should also be fitted to lorries and buses in the future.

The final shape of the road safety audit rules will need to be decided following a vote by the full European Parliament and final negotiations with transport ministers while Parliament’s Internal Market (IMCO) committee will take the lead role in defining the final vehicle safety rules – starting with a vote next month.

Commenting on the latest actions, Ellen Townsend, policy director of the European Transport Safety Council, said: “MEPs deserve praise for backing a strong package of road infrastructure and vehicle safety legislation. We hope the final package that ends up being agreed will make a significant contribution to reducing the 500 deaths on European roads each week, and that pressure to weaken the rules is strongly resisted during the upcoming negotiations.”