ACFO is introducing changes including a new structure as it moves the focus onto running webinars instead of regional meetings. 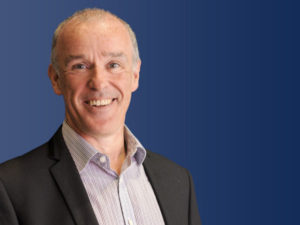 The fleet decision-makers’ organisation said attendance at regional meetings, which had already reduced to two a year, was shrinking, prompting a move instead to spring and autum webinars while continuing to run its national seminar programme.

Pointing to changing employer demands that meant fleet decision-makers were increasingly combining fleet management with other roles, ACFO said the switch to webinars – anticipated to start from 1 January 2018 – would help decision-makers struggling to find the time to attend regional meetings, and would help keep members up-to-date with the very latest ACFO, regulatory and legislative news. The webinars could also be run more regularly, given demand.

Chairman John Pryor said: “We hope the development will act as a springboard to encourage employees with fleet management responsibility to join ACFO and take part in the webinars from their offices. Today’s technology enables fleet operators to interact and discuss key issues without the need to network in person at meetings, simultaneously having a positive environmental impact.”

The organisation added that it would continue to hold its twice-a-year seminars on key issues, which could be followed by member-only discussions forums to facilitate the discussion of key issues. Last week saw ACFO announce details of its autumn seminar, which will address current fleet concerns including the Government’s consultation on the taxation of Benefits-in-Kind and employee expenses as well as the future viability of both car salary sacrifice and car or cash allowance programmes following recent tax changes.

Pryor added: “Member feedback indicates that managers are quite prepared to attend a day-long seminar where they can obtain a wealth of comprehensive information on a major issue impacting on them, their organisation and their drivers and additionally quiz knowledgeable speakers and network with colleagues.”

ACFO will also continue to run its annual awards and use its website and weekly ‘Newsfeed’ to keep fleets abreast of the latest industry issues.