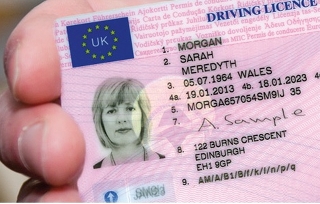 That’s the guidance given to ACFO by the Information Commissioner’s Office (ICO) amid concerns raised by some fleet managers over the interpretation of Section 56 of the Data Protection Act 1998.

The issue was raised by ACFO members as the Government pushes ahead with its decision to abolish the counterpart to the driving licence from 8 June. In its place the DVLA is introducing its own online system enabling employers to check comprehensive driving licence data held on individual employees.

While some employers already require employees to sign a mandate allowing the checking of their driving record with the DVLA via a third party provider, other organisations physically check driving licence documents, including the counterpart, which contains vital information including penalty points and offences.

As a result of the imminent counterpart abolition, some ACFO members have questioned their ability to not only check driving licence validation and details of convictions but, critically, suggested they could be breaking the Data Protection Act in insisting that employees agree to sign a mandate allowing access to their driving records.

Now the ICO has told ACFO: “ACFO members should continue to access DVLA records to ensure that employees are entitled to drive. ACFO members will not be committing an offence under Section 56 of the Data Protection Act if they use the process recommended by the DVLA.”

The ICO called the driving licence record checks made by employers to ensure their employees are entitled to drive as “legitimate and important”.

It added: “We have held discussions with DVLA about the changes being introduced as a result of the abolition of the counterpart and are satisfied that these are proportionate.”

Philip Somarakis, ACFO company secretary and a partner in London-based Gordon Dadds Solicitors, who led the inquiry, said: “The ICO interpretation of the legislation is now clear following ACFO’s intervention. Employers need have no fears of breaking the Data Protection Act when insisting that employees sign a mandate allowing access to their driving records.

“It was not totally clear whether employers could even ask employees to disclose their driving licences where they contained details of convictions.

“ACFO has now asked the ICO to include a statement to that effect in its official guidance in respect of Section 56 of the Data Protection Act. We await the ICO’s decision.”