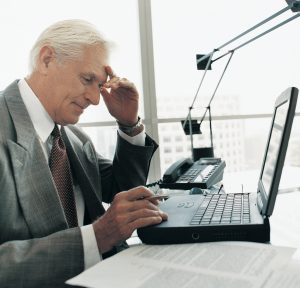 Nearly two thirds (63%) of respondents to the latest BVRLA Fleet Technology Survey “strongly agree” that more standards and regulation are required to control access to and use of vehicle and driver data.

This year’s survey collected the views of more than 85 fleet managers, rental operators and leasing companies. A quarter of them cited data concerns as the biggest threat to the take-up of new fleet technology. Announcing the results to more than 160 delegates at the BVRLA’s Fleet Technology Congress, chief executive Gerry Keaney highlighted some of the changing expectations when it came to accessing data.

More than 54% of survey respondents said that in-built telematics would become the most common source for driver and vehicle data within the next five years, with 29% claiming it would come via smartphone fleet management apps and just 15% believing that plug-in devices would be most prevalent.

Responses to this year’s survey suggest that there been no significant growth in the uptake of telematics, with around two—thirds saying that less than a quarter of their fleets were fitted with the technology. Cost is becoming less of a factor, however, with just 20% of people saying that it was a barrier to uptake, compared to 34% in 2015.

This may have something to do with the fact that fleet technology budgets are increasing. 54°/o of respondents said that their budget would rise this year, with just 1% expecting a decrease.

Overall attitudes to fleet technology were found to be similar to last year, with 26% of those questioned claiming that their organisation was an early adopter of new vehicle technology and 60% saying that they would wait until they could demonstrate a clear return on any investment. Just 14% of those answering said that their company would be one of the last to adopt.

The main exceptions to this view were for Advanced Driver Assistance Systems, where 49% said they were early adopters, and for advanced fleet management platforms, where 29% believed that their organisation would be one of the last to invest.

Road safety remained a key theme in this year’s survey. Looking forward to 2020, respondents said that Autonomous Emergency Braking (AEB) and in-car cameras would be the most important safety technologies for fleets.

“The automotive industry will experience more change in the next decade than it did in the previous 50 years,” he said. “But what we are seeing is not one revolution – it is three. We are seeing radical changes in the way vehicles are powered, operated and used. These three revolutions will benefit society but create new challenges for fleet operators.”