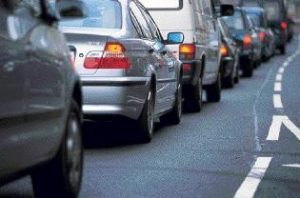 The UK new car market grew by a steady 3.2% in the first six months of the year, according to the latest figures released by the Society of Motor Manufacturers and Traders (SMMT).

Growth was reported across all fuel types, with diesel and petrol registrations growing 2.3% and 3.0% respectively in the year-to-date. Alternatively fuelled vehicles (AFVs), meanwhile, continued the significant gains seen over previous months, up 21.3% compared with the first six months of 2015. AFVs now account for 3.2% of the overall new car market.

Demand in June eased slightly, with a -0.8% fall in registrations, meeting expectations that market growth would stabilise following a record 2015. Fleet registrations continued the trend of recent months, driving the market with a 4.5% rise and compensating for a -4.5% drop in private registrations.

Commenting on the findings, Mike Hawes, SMMT Chief Executive, said: “It is far too soon to determine whether the referendum result has had an impact on the new car market. The first six months saw strong demand at record levels but the market undoubtedly cooled over the second quarter. It’s important government takes every measure to restore business and economic confidence to avoid the market contracting in the coming months.”