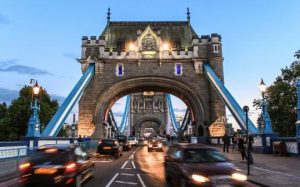 In response to the Mayor of London Sadiq Khan’s announcement that the government will bring the Ultra Low Emission Zone (ULEZ) into London a year earlier than originally planned, the RAC has raised concerns about the impact on smaller businesses operating in the capital.

Commenting on plans to bring the introduction forward to 2019, head of external affairs Pete Williams said: “While bold action is needed to tackle London’s air quality problem, we fear bringing in the ULEZ a year early could unfairly penalise small businesses with older vehicles, as well as less well-off private motorists. These same groups will also be worst hit by the toxicity charge that comes in next year.

“Small firms operating in the capital now face a real challenge and need to start planning for the changes announced by the mayor changes now – either by gradually refreshing their fleets or by considering leasing, which ensures vehicles supplied will be compliant and potentially more cost effective in the long term

“The question is whether motorists are really being given the time they need to change vehicles. Many will have bought smaller, more efficient Euro 5 diesel vehicles in recent years in good faith – believing they were doing the right thing for the environment thanks to their lower CO2 emissions. These drivers now have a whole year less to switch to something even cleaner to avoid being affected by the ULEZ.

“It is also vital that pressure remains on cleaning up London’s buses and taxis, which contribute significantly to poorer local air quality. Finally, since congestion is inextricably linked with poor air quality, efforts to get traffic flowing in the capital more freely also need to be stepped up. Data indicates some average traffic speeds in London are now slower than those in the horse and cart era,” he added.

Previous: BVRLA membership grows 9.6% in H1
Next: Access to and use of vehicle data top technology concern for fleets