Government investment of £1.2bn could help prevent more than 8,000 fatal and serious injuries and help boost the UK’s economic recovery. 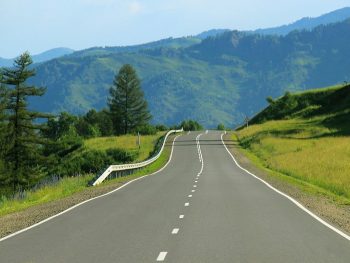 A new report from the Road Safety Foundation and Ageas has identified the roads where lives could be saved with physical improvements and found that 60% of all road deaths are concentrated on 13% of Britain’s roads.

The annual ‘Looking Back – Moving Forward’ report, now in its 20th year, shows that less than 1% of roads were significantly improved between 2013-2015 and 2016-2018, and that 765km of 38 persistently higher risk rural routes have been the location of more than 1,400 fatal and serious crashes between 2013 and 2018. The value to society of preventing these would have been almost £700m.

And Lord Whitty, chair of the Road Safety Foundation, highlighted how British progress has depended largely on rising European vehicle standards, but that similar advancements have not been seen in infrastructure safety.

Whitty praised the Government’s Safer Roads Fund, launched in 2016 as an influential step.  “Systemic management of infrastructure risk is now required by law elsewhere in Europe.  Highways England and Transport for London have set ambitions that no-one should be hurt on their networks by 2040 but must now target infrastructure risks systemically along busy routes.”

Backing its call for an investment package of £1.2 bn that would see over 5,000km of roads treated, the Road Safety Foundation said every £1 invested should benefit society by an average of around £3.60.

Executive director and report author Dr Suzy Charman said: “We’ve already demonstrated that infrastructure safety measures can be developed and implemented very quickly, providing jobs and saving lives. At a time when we need to boost our economic recovery and protect the NHS, what better way of saving our society an estimated £4.4 billion over the next 20 years. Let’s move forward and save lives by improving these roads.”