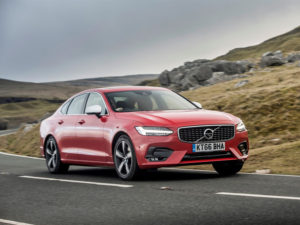 Introduced as drivers increasingly shift to petrol power ahead of planned government diesel taxes – recent SMMT figures show petrol registrations were up 2.7% in October compared to a 30% fall in the diesel segment – the four-cylinder 187bhp petrol is available from the entry-level Momentum trim all the way through to the Inscription Pro spec and brings official combined fuel economy of 42.2mpg in the S90 and 40.9mpg in the V90.

Available to order now, the T4 unit marks the first petrol engine for the S90 and joins the T6 in the V90 Cross Country, which was the first V90 variant to be offered as a pure petrol.

Volvo Car UK’s head of business sales Steve Beattie commented: “Petrol is becoming an increasingly popular choice with motorists, including business users. It’s imperative we offer the range of engines that our customers demand, and we expect strong interest in the S90 and V90 T4.”