Tax on new diesel cars in Autumn Budget could ‘backfire’

Implementing surcharges on new diesel cars to drive air quality ambitions could actually backfire, in particular with regards to fleets. 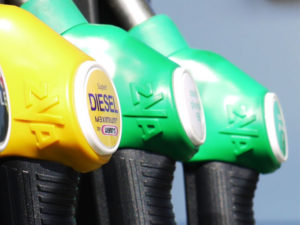 That’s the warning from the RAC ahead of this month’s Autumn Budget, which is expected to bring new diesel taxes for cars.

As announced in the Spring Budget and reiterated since then, the government is planning to implement changes to the way diesel vehicles are taxed as it looks to tackle continued air quality concerns.

According to a report published yesterday in the Financial Times, government aides have now confirmed a diesel tax will be announced in the Autumn Budget as hinted at in the recent Clean Growth Strategy.

The news has been welcomed by environmental lawyers at ClientEarth, which this week confirmed that it’s taking the government back to court as it calls for action over “holes” in the current air quality plans, in particular calling for changes to the tax system to favour cleaner vehicles alongside a national network of charging Clean Air Zones.

ClientEarth’s head of public affairs Simon Alcock said: “It’s perverse that our tax system encourages people to buy the most polluting vehicles. November’s Budget will be a litmus test of the government’s resolve to clean up our dirty air.”

However, the RAC has highlighted that any tax on new diesels may see drivers and fleets rethinking vehicle replacement plans.

With the Euro 6 standard having come into play just over two years ago – in September 2015 – for newly registered cars and vans, the organisation said the tax could inadvertently lead to older, more polluting vehicles staying on the roads for longer.

Chief engineer David Bizley said: “We are concerned that those who drive long distances, business drivers especially, might consider sticking with their older diesels given the superior economy they offer. It would be a terrible misjudged ‘knee-jerk’ reaction which could backfire and have the unexpected effect of encouraging these owners of older diesels and fleets not to upgrade to newer, cleaner diesels which offer significant benefits in reduced emissions.

“The irony is that the next generation of diesel engines which manufacturers are developing right now are likely to be as clean as their petrol equivalents – so while a new tax might be logical in the short term, this logic will likely not apply within a year or so.”

He added: “The possibility of a sudden rush to petrol engines also risks a new rise in CO2 emissions, precisely what previous governments tried to avoid by encouraging drivers into diesel vehicles.”