Vince Kinner to retire from Volkswagen Group at end of March 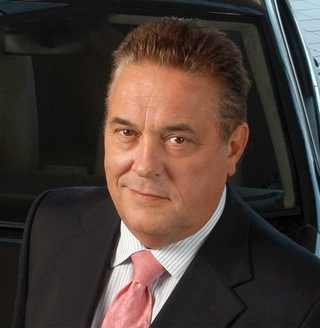 Kinner has worked for the group for 42 years. In 1973 he joined Volkswagen Tax Free Sales in Baker Street, London as an account executive where he sold cars to HM Forces, Diplomats and UK companies working on capital projects overseas.

Kinner helped start Volkswagen Fleet in 1983. In 1989 he took over responsibility for all tax-free UK fleet sales and used cars disposal for both Audi and Volkswagen. The Fleet operation moved from Baker Street to Newport Pagnell to a purpose-built site and Volkswagen Leasing was also started at this time.

In 1994 the Audi and Volkswagen brands separated, and Kinner started Volkswagen Fleet as the national sales manager. In 1996 he became head of Volkswagen Fleet, with sole responsibility for the Volkswagen fleet strategy.  During this time, Volkswagen was transformed from a relatively small fleet player into number one in true fleet, with the product line-up expanding from just nine to 19 cars.

Since December 2012 Kinner has held the role of head of group fleet services, overseeing the back-office operations of the fleet departments of the five Volkswagen Group UK brands – Volkswagen Passenger Cars and Commercial Vehicles, Audi, SEAT and Skoda.

Paul Willis, managing director of Volkswagen Group UK, said: ‘Vince's transformation of Volkswagen Fleet Services was nothing short of spectacular.  His understanding of the brand, the fleet market and the importance of the highest quality people as well as high quality products established Volkswagen as the leader in true fleet sales in the UK.  Since moving to a Group-wide role in 2012 he has set up a successful five-brand fleet contact centre and set in train a suite of processes which will allow the Group to remain a serious contender in all fleet markets for many years to come.'

Kinner added: ‘I'm sad to be leaving the Volkswagen Group as it has been a part of my life for so long. I've witnessed the launch of many new cars, made many new friends and signed many fleet deals. I wish my colleagues and the group all the very best for continuing success in the future.'

A successor for Vincent Kinner will be announced in due course.