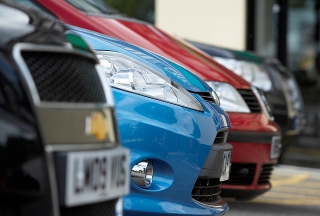 ‘January saw increased uptake of both petrol and diesel cars, while demand for alternatively fuelled vehicles continued its surge with registrations rising by 60.8%. Registrations of plug-in vehicles were particularly strong as consumers responded to a greater choice of makes and models delivering lower running costs.

‘Last year’s 9.3% rise in the overall market was fuelled by stronger than expected economic confidence and, for 2015, we expect to see some levelling off throughout the year: demand is back to pre-recession levels following record-breaking growth.’

Commenting on the figures released, Phil Harrold, automotive partner at PwC, said: ‘This 35th consecutive month of growth in the UK automotive market demonstrates the increasing confidence of both consumers and businesses. People are feeling empowered to make decisions on vehicles and we are almost back to a pre-recession approach to car buying. The significant increase in company car registrations shows that businesses are confident and willing to invest in their fleets – welcome signs for the automotive industry.

‘The rise in registrations of alternatively-fuelled vehicles (AFVs) shows that consumers are becoming more and more comfortable with AFVs as a concept. With battery replacement cost and range still concerns for consumers, it will probably be a number of years before they become the mainstream but this is certainly the start of the rise of AFVs.’

Previous: CAP dismisses speculation on a resurgence for gas guzzlers
Next: Vince Kinner to retire from Volkswagen Group at end of March