Vauxhall to axe Adam and Viva as part of range refresh

Vauxhall is dropping the slow-selling Adam and Viva city cars next year, as it ramps up the launch of updated or new PSA-derived models in the market’s highest-volume sectors. 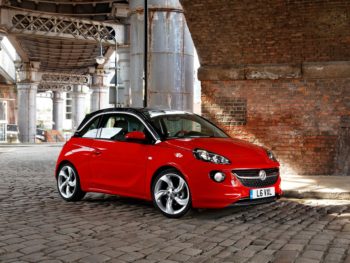 Vauxhall will drop the Adam from its range next year, to focus on high-volume segments.

Along with sister brand Vauxhall, Opel is targeting a return to profitability by sharing technology with the other PSA Group brands, new launches and a focusing on “high-volume, profitable” models. The aim is to cover around 80% of the market, rather than offer products in every sector.

This has already started; the Zafira Tourer was dropped earlier this year, and production of the Adam and Viva city cars (both of which are on GM platforms) will end next year. Neither will be replaced. The Cascada cabriolet, which is no longer available in the UK, will also be discontinued next year.

Vauxhall has not confirmed the full line-up of new models yet, but an all-new Corsa will launch next year, alongside passenger and commercial versions of the Vivaro van (likely to be based on the Peugeot Expert and Citroën Dispatch), while a replacement for the Mokka X is due in 2020. In 2021, the company said it expects 40% of its sales to be SUVs.

The eight launches include several mid-life updates. This is likely to include both the estate and hatchback versions of the Astra and Insignia, though neither are confirmed yet. By the end of 2020, Vauxhall will also have four ‘electrified’ vehicles – two of which will be the electric Corsa and plug-in hybrid Grandland X. All model lines will include electrified versions by 2024, though PSA is making ongoing improvements to its petrol and diesel engines, it said.