Jaguar has updated its F-PACE, XE and XF models for the 2018 model year, including the addition of a new 126g/km entry-level diesel for the F-PACE and a new Shell fuel payment app for all three. 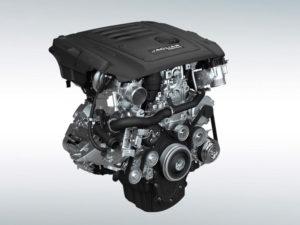 Updates include the addition of a new 126g/km entry-level diesel engine.

The range of updates includes three new engines, covering a new four-cylinder Ingenium petrol engine with 197 and 247bhp as well as a high-output 236bhp diesel unit. All three units will be available for the XE and XF, with the F-PACE getting the higher-powered petrol as well as the new diesel. Models with the 197bhp engine wear a 20t badge while 247bhp derivatives are identified by 25t badging.

In addition, F-PACE gains the 161bhp E-Performance diesel unit already seen in the XE, which will bring CO2 emissions from 126g/km and fuel economy of up to 59.2mpg in manual rear-wheel drive version, making it the most efficient engine in the range. As such it will wear the E-Performance badge.

Jaguar has also updated its range to offer a new Shell app that enables drivers to pay for fuel at Shell service stations using the car’s touchscreen and pay using PayPal or Apple Pay, with Android Pay to be added later in 2017. An electronic receipt will be displayed on the touchscreen and will also be sent directly from the pump to the driver’s email address. The service will initially be available in the UK and then globally.

Updates for the 2018 model year also see Jaguar’s Configurable Dynamics technology, which enables drivers to switch settings for the engine, gearbox and steering, now available as standalone feature on XE and XF, allows drivers to personalise the gear shift, throttle and steering settings.