E-bikes are now being included in the Department for Transport’s Cycle to Work scheme in a move to help drive their take-up by commuters. 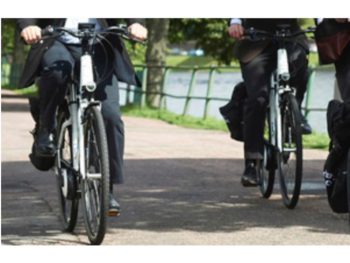 First introduced by the Government 20 years ago and enabling employees to save up to 42% of the cost of a new bike, the Cycle to Work scheme was previously capped at £1,000 but has now been updated to allow for cycles and equipment worth over this limit, including e-bikes, as the Government looks to encourage more active travel. The refreshed guidance also opens up e-bike usage under the scheme by making it clear that FCA authorised third-party providers are able to run the scheme on their behalf.

E-bikes, which are allowed to travel up to 15mph in the UK, are particularly seen as a game changer when it comes to active travel due to their potential to make it easier for older or less fit people to make cycling a part of their commute. And, as well as cutting emissions, switching to e-bikes under the refreshed scheme could also save commuters money. A recent survey of 2,000 commuters (commissioned by Evans Cycles) estimated that by switching from car, bus, tube or train to e-bikes, commuters could save an average of £7,791 over five years.

Michael Ellis, Cycling Minister, said: “Making sure that bikes are easily available is crucial to helping more people make the switch to greener modes of transport. Ensuring people of all abilities and fitness levels can cycle together is a key part of this.

“I want everyone to feel empowered to make cycling a part of their everyday lives, and our refreshed guidance provides many incentives to help people do this.”

The news was welcomed by the Cycle to Work Alliance – a coalition of the four largest providers of the Cycle to Work Scheme (Cyclescheme, Cycle Solutions, Evans Cycles and Halfords) – which said the update to the guidance marks a significant step forward in doubling cycling activity by 2025, as committed to by the Government in its Cycling and Walking Investment Strategy.

“Cycling to work has extraordinary benefits for the environment, our health and wellbeing, and employer-employee relations, and today’s publication represents a significant step forward in getting more people physically active as part of the government’s ambitions to double cycling activity by 2025.